United and Calgary Civic Symphony (CCS) have renewed their partnership, giving residents access to the symphony on stage as well as bringing performances into United’s two communities.

“We are one of the best kept secrets in Calgary,” said symphony executive director David Wartman. “By being responsive to the needs of the community, and through partnerships such as the one with United, we become better known.”

“When we come into one of United’s communities with small groups of musicians, the residents are very appreciative. That in turn makes the time we spend with them that much more fulfilling,” said Craig Hutchenreuther, concertmaster at CCS. “I think it’s the intimacy of the surroundings. We are performing right there with the audience and there is a real exchange of energy.”

Craig and three other musicians performed for residents in the Fish Creek community theatre, playing four pieces by Bach, Mozart and Tchaikovsky – the latter providing the opportunity for the quartet to add a little humour. Tchaikovsky’s 1812  was written to be performed by a full orchestra. But to the delight of the residents, the smaller performance introduced a humorous approach.

“Since we have a quartet, the musicians did double duty as vocalists for part of the piece, and we enlisted the help of the audience to fill in the sound effects of cannons and church bells, which appear at the end,” said Craig. 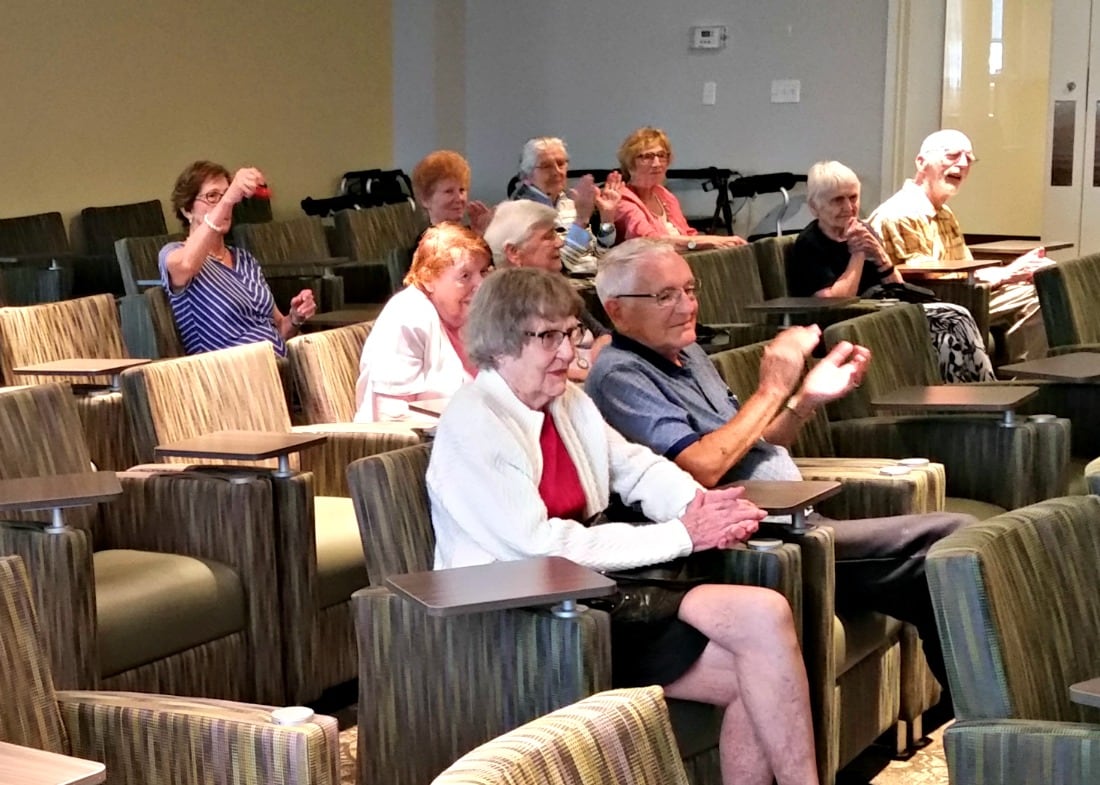 “The participation of the audience is something that works very well in a small, intimate surrounding such as the United theatre,” said Craig. “We can see them moving with the music, which we can’t necessarily see in a large theatre, so it was the perfect opportunity to engage with the audience and give them a more personal experience.”

John Miles, a resident of Fish Creek noted, “Often when you go to a concert, there is a serious atmosphere about the performance, but this was much lighter and more comfortable.”

“The nice thing about today’s performance was the sense of humour. It was clever. It shows that classical music can be fun!” said Fish Creek resident Ray Waldock.

“It’s performances like these that really speak highly of our partnership with Calgary Civic Symphony,” said Jill LaForty, United’s music director, and audience conductor for the 1812 performance. Having access to musicians who really want to make a difference is a real benefit to residents, especially for those who have difficulty going out to concert venues.”

Residents will be attending several of the Calgary Civic Symphony concerts this year including “Oh Canada!” a celebration of Canadian music at the end of  October.