Peter Exner is a Calgary musician who knows how powerful music can be to excite the emotions and to bring people together. We caught up with Peter at United’s Garrison Green community where he performs regularly for residents.

“This is a thoughtfully structured music program,” said Peter. “I’m not playing at people. It’s more interactive. Depending on the song, residents feel moved to sing along or simply move to the music. Music literally lights up the entire brain. It brings back memories of where they were and what they were doing when they hear a particular song.”

Humour is a big part of Peter’s interaction with residents. “Today I decided to play Johnny Cash’s Folsom Prison Blues to get into the Stampede spirit. But as I worked on an arrangement for piano, I kept ending up with the opening theme for Sesame Street. Not exactly what I was looking for. A tune called St. Louis Blues, which I’d introduced to the group before, worked much better so I decided to sing Folsom Prison Blues to that well-known blues standard instead.”

Each of Peter’s songs is prefaced by a short story about the background to the song and why he wanted to play it for residents. The stories add a very personal touch to the music. “I even challenge them by selecting music, not always from their youth, but from today’s top 10. Then we’ll try out the lyrics, which is always humorous, especially as we figure out together how to arrange it for piano.” 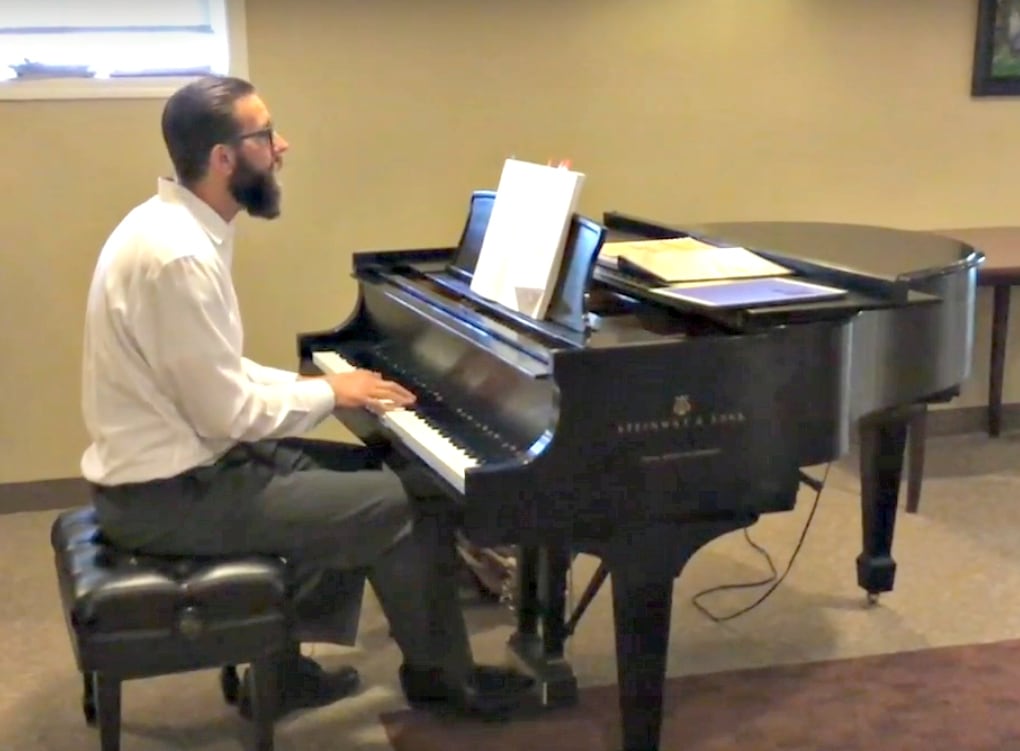 Knowing how music affects people guides him when deciding what music to play and what stories to tell the residents. When Peter began playing for older adults, it began with a rough start. But he soon began to understand the effect music had on them to the point now where each of his visits has become a performance with residents arriving early and staying afterwards to discuss what they heard. 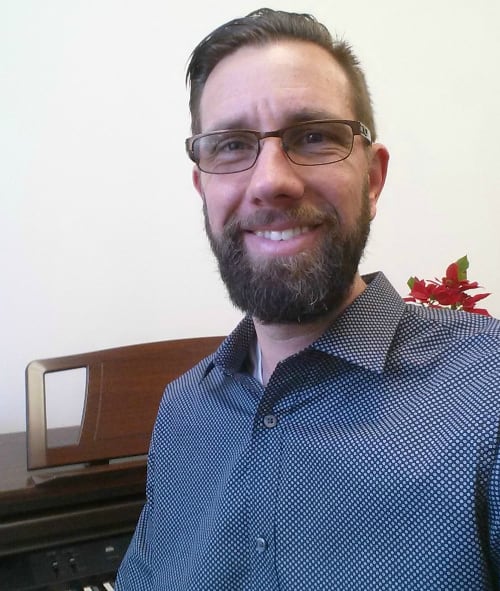 To complement his musical interests, Peter has completed the three-year Music Care Certificate program, which is aimed at caregivers to give them the fundamentals of music as it is used in care.

He notes that music has preventative qualities that impact health that all of us should pay attention to.

“The themes and tunes that play in the background of our lives can have a significant impact on our health and well-being,” he said. Since music can have such a profound effect on us he challenges us to think about our own choices in music. “What music do you listen to? When do you listen to music? What do you do when music is playing in a common space that you can’t change?”