“It’s absolutely great. People live their whole lives without seeing the cup. This is my first time and I’m thrilled!”

Garrison Green resident Ed Eisler summed up the sentiment of the residents who were excited to get an up close and personal view of the Grey Cup.

Rogers Lehew, who moved into Garrison Green with his wife Joann five years ago, was an assistant coach with the Calgary Stampeders from 1960 to 1963, and general manager from 1965 to 1973. He arranged to have the cup brought in for a few hours. 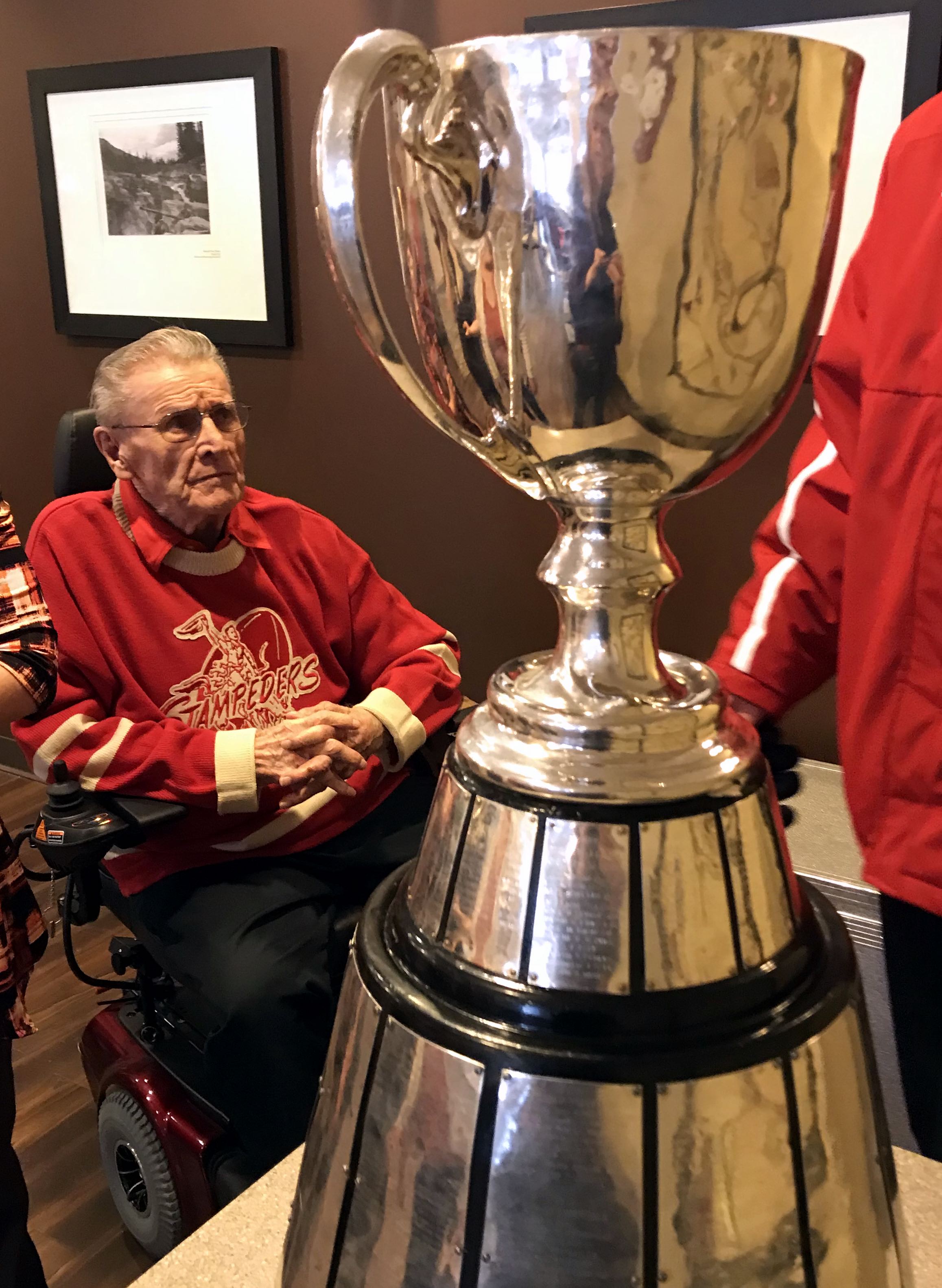 “The Grey Cup is an important symbol of the CFL,” said Rogers. “Yes, it’s part of our Canadian heritage, but I see it as a symbol of why we play the game. There’s so much pride in winning the cup.”

His name is forever etched on the cup.

His son Garry recalls the cup arriving at their home that year. “Dad brought the cup home and it lived with us for about a month. All of our friends came over to see it. He was in charge of taking it around to community events and schools, so having it here at Garrison Green with Mom and Dad, even for a few hours, is special.”

Rogers was instrumental in establishing several important changes to the team that have endured to this day. “I wanted to have a horse on the field during the national anthem. The rider at the time asked if she could ride the horse down the sidelines for exercise. I had a path cleared along the east sidelines for it to run, and that evolved into the touchdown rides we see today.”

Rogers also changed the icon on the helmets to the white mustang, and he brought in the concept of the President’s Ring, which is awarded to the player who best demonstrates leadership ability, as voted on by the players.

“The Stampeders were – and still are – an important part of my life.” said Rogers. “When they won the cup in November, I was very proud of the staff and the team and the hard work they put in.”