Music has a way of bringing up memories. That was the idea behind the latest Alberta Heritage Music Project between United Active Living and the Alberta Music Education Foundation (AMEF), which brought residents and students together at United’s Garrison Green community.

United and AMEF signed a partnership agreement last year that encourages the use of music to add a new dimension to traditional storytelling. This year, students from Bishop Carroll High School in Calgary worked with several United residents to interpret their stories together through short performances and videos.

Also this year, participants had the privilege of working with an Order of Canada recipient and legendary figure in the Calgary theatre community who also happens to live at Garrison Green. None other than Joyce Doolittle helped guide the performances. “They were very moving and very well done,” she said. “I made a few suggestions, but mostly to help the students feel confident in their decisions. They did an excellent job.” 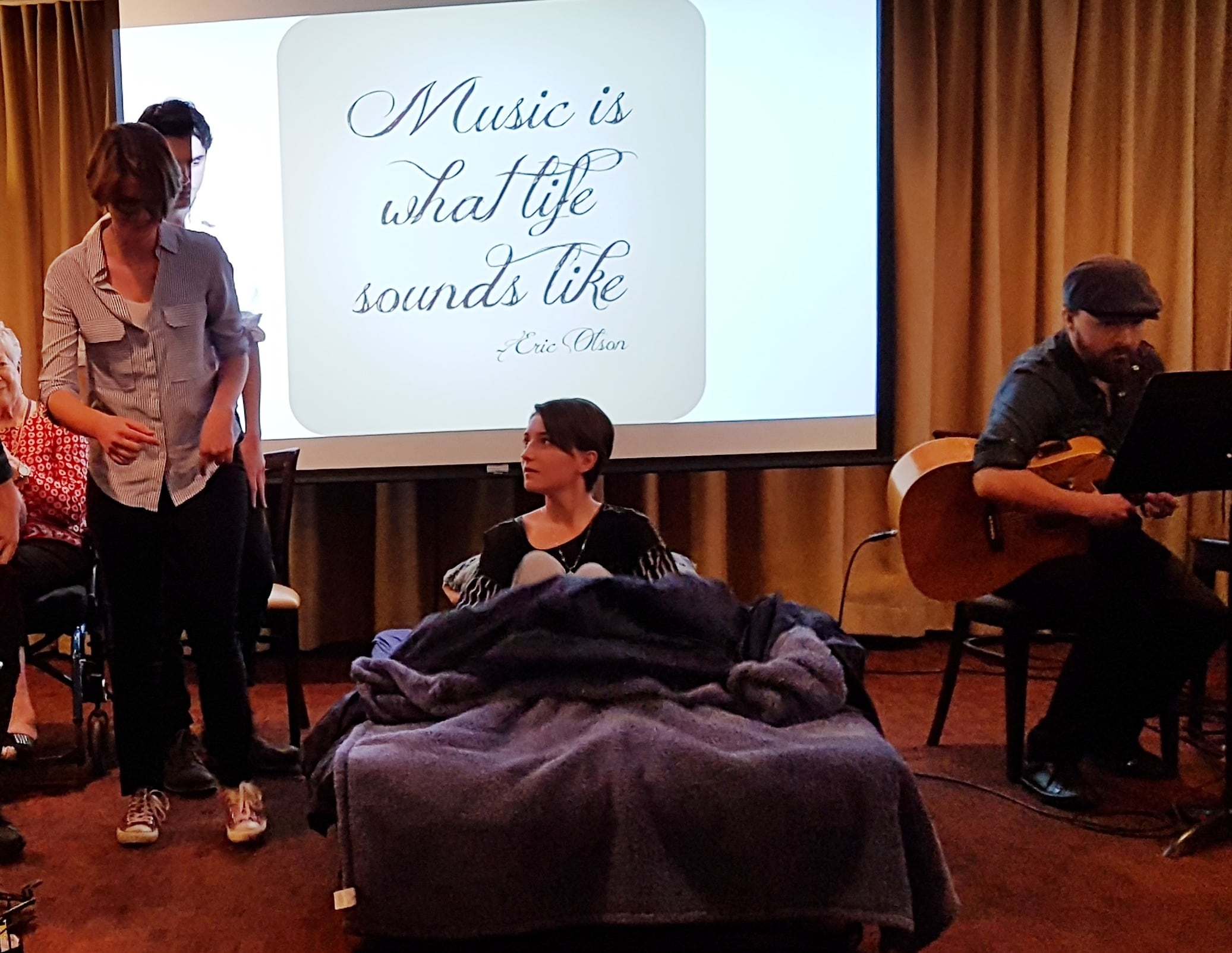 In one emotional and heartwarming play 94-year-old resident Marjory Koop and student Grace-Anne Weisgerber recalled the last moments with Marjory’s grandmother when Marjory was just five years old. The scene was re-created by the students. “My grandmother was just 49. She had cancer and I remember that I used to go to her house to sit with her,” recalls Marjory. “I used to sing Oh Happy Day  to her. It was an old gospel hymn. That was our song. Her nurse called the family in and although my grandmother didn’t have the strength, she sat up and said, ‘I’m going, I’m going. Goodbye, goodbye’. She laid back down and was gone.  She was a big part of my life and meant a lot to me. I wanted to re-play that scene for the project because it was a memory that really stuck with me all these years.” 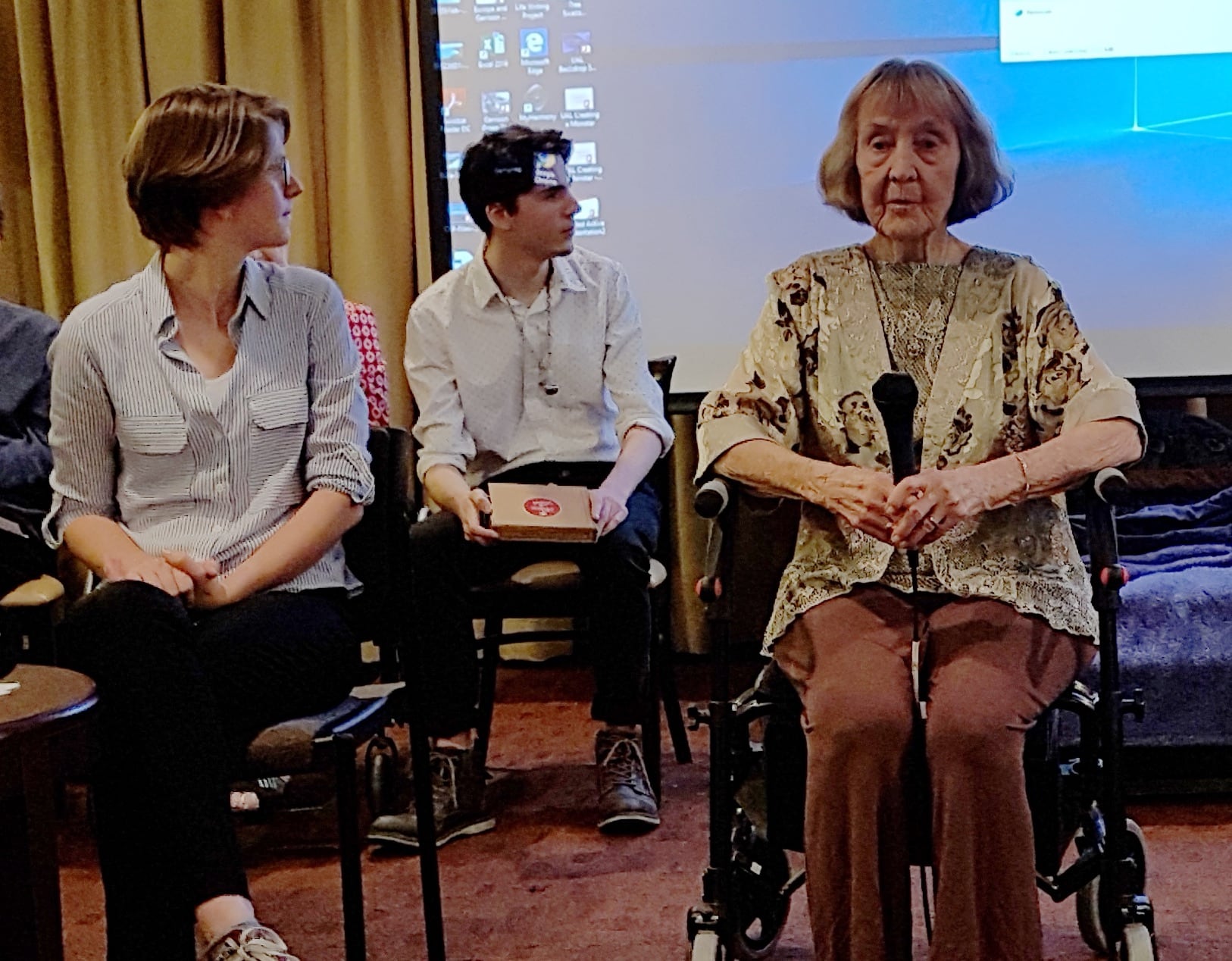 A completely different kind of story came from Louise Dean. She became an opera fan through her sister, who started listening to the Metropolitan Opera broadcasts from New York in the 1930s on CBC radio. Through an archival broadcast of an opera performance, Louise and the students recreated those moments when, with the help of her brother who faithfully set up the old crystal radio set each week, the two sisters would listen to opera using just one earpiece each.  “My sister and I really established a bond through this program. Music was a big part of my life. My mother often sang in the house, and she taught us an appreciation for music and dance.”

The students also told their own stories through play and music, about how music has influenced their lives. The weekly working sessions at Garrison Green over a period of a month were very meaningful for them.

“I was able to learn so much from people who have more life experience than me,” said student Amy Gulewicz. “I also felt there was a strong feeling of respect from both groups, which really brought us together.”

“The Heritage Music Project is really about relationships,” said facilitator Samantha Whelan Kotkas. “Music brings out memories, and this project tapped into some of those personal stories. This collaboration between students and residents in choosing the music to play and the stories to tell has created strong and lasting friendships.”