In the audience was Garrison Green resident Margaret Hails. Margaret is the wife of late jazz great Cliff Hails, who passed away in January. The two were married for 67 years. Their lives were filled with music. The two even cancelled their honeymoon in 1950 so Cliff could buy a tenor saxophone. Cliff also played the baritone sax, flute and piccolo.  At 26, they immigrated to Canada for a better life, and they settled in Calgary some 60 years ago.

“One of the first phone calls I received after following Cliff to Edmonton in 1957 was from a young twenty-year-old Tommy Banks, an up and coming piano player,” recalls Margaret. “He was going to book Cliff for a gig. Cliff and Tommy knew one another for about nine months. Musicians are like one big family! They became close friends and often played together.”

Years later, in the 1990s, Cliff and Margaret became good friends with Johnny Summers, who went on to form the Calgary Jazz Orchestra. Banks, who was a world-renowned jazz pianist and former senator, passed away just a week after Cliff.

The Jazz Orchestra will perform a tribute to Banks during the Orchestra’s first show of their season Oct. 21, and many United residents, including Margaret, will be in the audience.

“We first met Johnny in Hawaii,” said Margaret. “Cliff was playing with Neil Gow & the Five Knights and we instantly took a liking to Johnny. We’ve been friends ever since.”

“I was really nice to see Margaret here,” said Johnny. “I dedicated a song during our performance to Cliff. It was terrific to speak with her afterwards. Cliff and I played together at various jazz festivals and he was one of the great sax players. 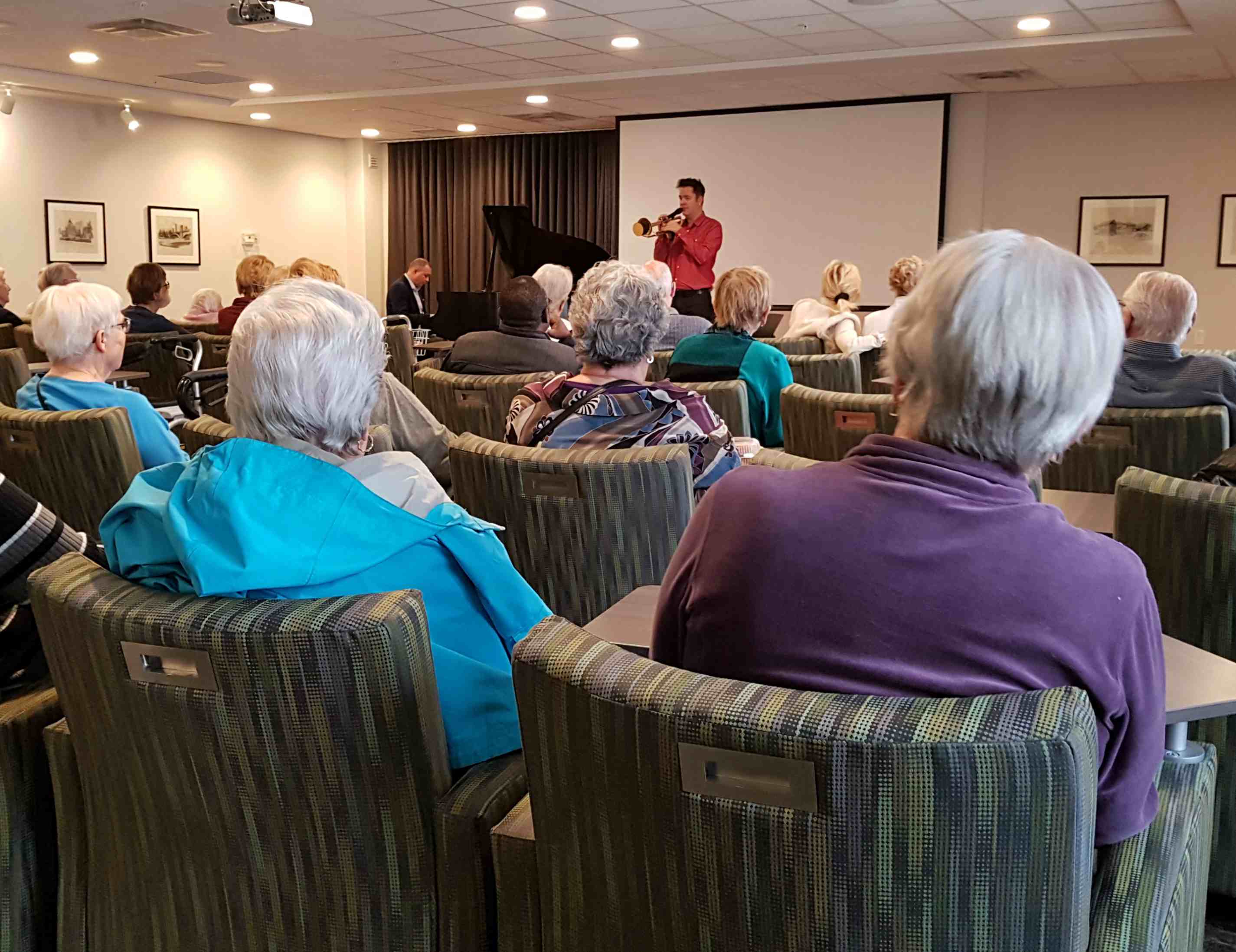 And the residents liked what they heard. “I loved it. It was light and very professional,” said resident Alexis Beddoe. “I’m really impressed with the partnerships United has. I’m always surprised at the professional level at which they perform.”

“I loved the performance,” said Margaret. “I think a lot of seniors hear the word ‘jazz’ and they have an idea of what they will hear, but Johnny does a great job of interpreting the music and adding his own touches to the music making it a real joy to listen to.”