Honens’ new Prize Laureate, Nicolas Namoradze, made a lasting impression on the residents of United’s Fish Creek and Garrison Green communities this week during an unforgettable performance that left residents speechless.

Nicolas was named Prize Laureate last year during the 2018 Honens International Piano Competition in Calgary. He has since made his Carnegie debut with a sold-out show at Zankel Hall, and will perform at prestigious venues in London, Boston, Miami and Berlin.

“It was an emotional performance,” said resident Ruth Nelson. “The softer parts were so delicate. It brought tears to my eyes. It left me speechless. It looked like he was having so much fun, and we had a lot of fun listening to him as well!”

“I was just thrilled,” said resident Claire Weir. “I have never seen anything like it. I was absolutely amazed at how he played, and I was grateful that I had the opportunity to hear him.”

“I was transported into another world. The best thing I ever did was move to United where I can hear such talent,” said resident Mary Fenwick.

After the performance, Nicolas met with residents. “I really love doing this,” said Nicolas, when asked about playing at smaller venues such as United. “A lot of the music I played today was written with smaller audiences in mind. It is very special to be able to share this music in a more intimate setting. It’s much different than performing at the larger concert halls!” 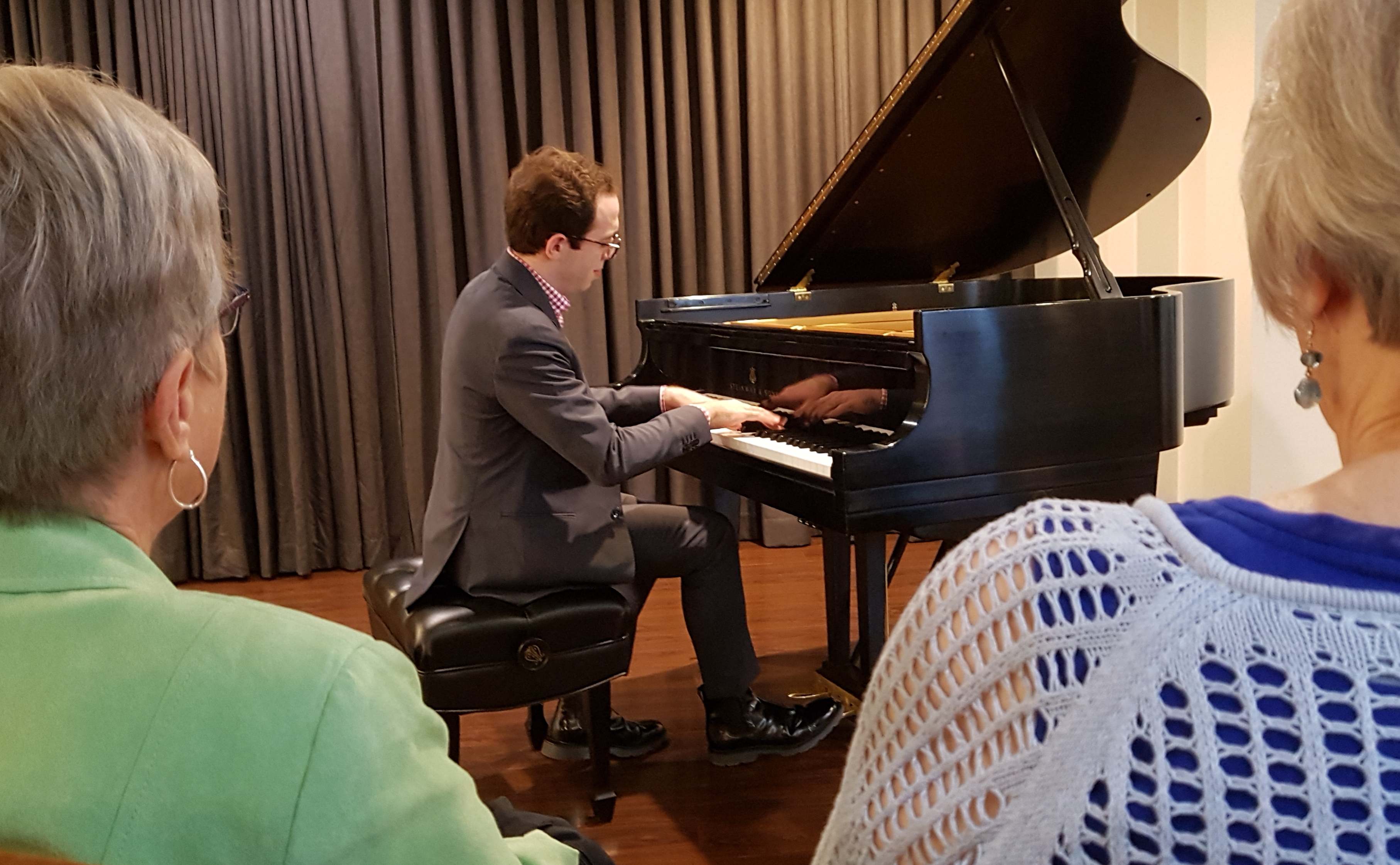 “Our partnership with Honens is into its 4th year, and it gives our residents an opportunity to experience world-class musicians in small, intimate, engaging performances,” said Jill LaForty, United’s music director. “Nicolas’s ability to use the piano’s range to its emotional perfection is extraordinary.”

Nicolas is in Calgary all week, and will perform at the Honens Festival, which runs today through Sunday.

Photos and video by Sherana Productions.