When Duane Bratt holds a political discussion, there is sure to be a full house. That was the case this week when Duane, who is a professor of political science at Mount Royal University (MRU), brought his knowledge of politics in two sessions to the residents of United’s Fish Creek and Garrison Green communities.

“I really enjoy my visits with the residents, even if this one had to be online. They are very engaged and knowledgeable about current events, not only about what’s going on in Calgary but around the world. And the questions they ask are very insightful!” said Duane.

In Tuesday’s sessions topics included the WE charity scandal, president Trump and the November U.S. election, the re-opening of schools and nuclear energy. “I was a bit surprised that nuclear energy made the list since it was just raised as a possibility in the last couple of weeks by the provincial government.”

Duane said they spoke at length about the prospect of nuclear energy development in Alberta. He is very knowledgeable, having written several books on the subject. “Alberta talked about nuclear in 2007 and again in 2011, but those discussions were around large scale reactors and the business case for their development wasn’t there. This time, the discussion is around small reactors.” Duane noted that small reactors have been used in military applications, but have not been developed for commercial use. Four provinces have indicated their interest in developing such technology. 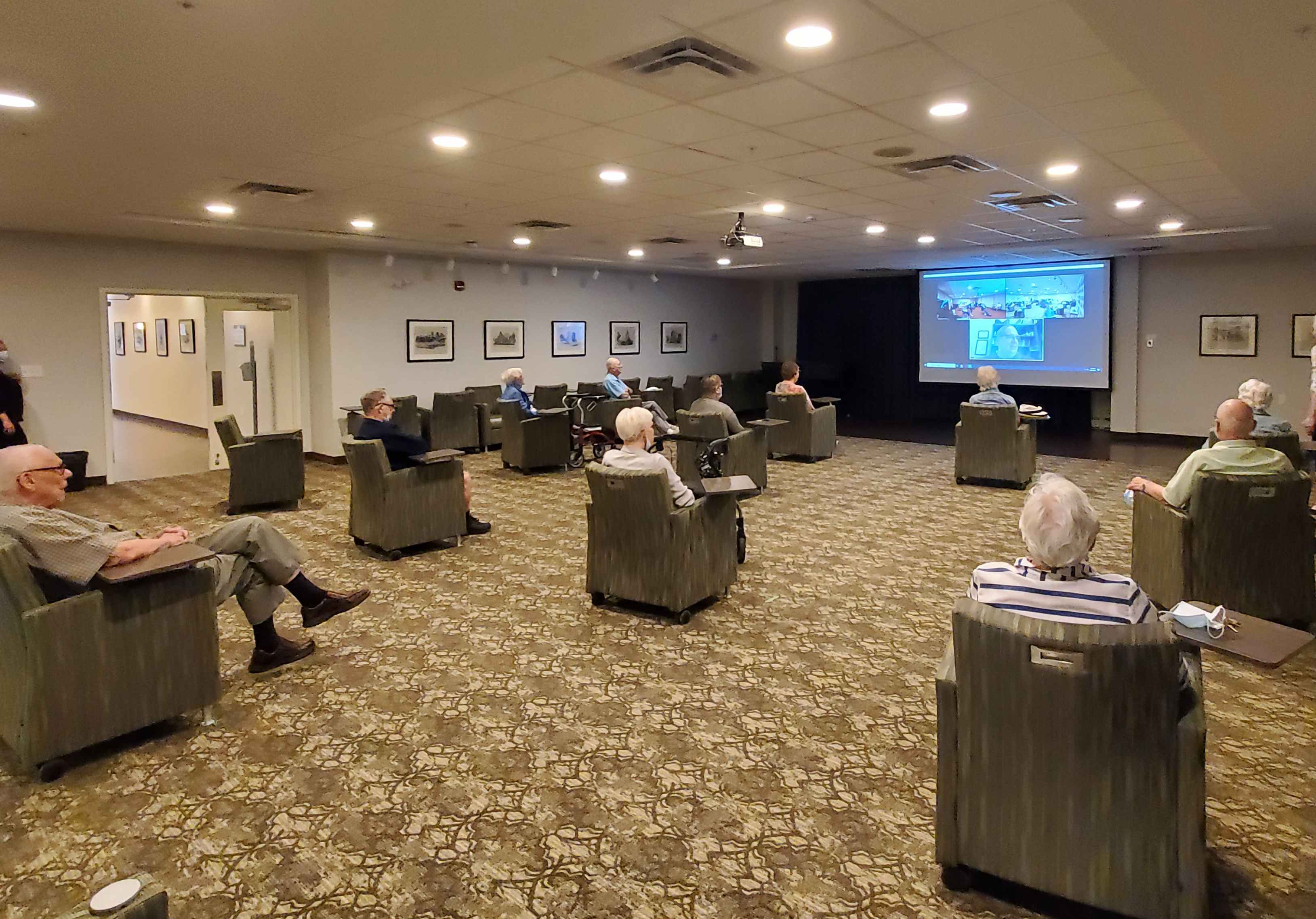 Another issue that was top of mind was the re-opening of schools. “Because COVID has become an important part of their lives, they are very interested in how this might affect their grandchildren going back to school in a couple of weeks. They know the importance of school and that the children need to go back. Their concern was how to get classes going again safely.”

Fish Creek resident Ross Campbell enjoyed the discussion. “I always find Duane interesting to listen to. He is very knowledgeable. What I like is that he always presents both sides of an issue. COVID and how it is affecting politics, how the various political leaders are performing, the state of pipelines and the idea of introducing small nuclear reactors were a few topics that attracted my attention. He always has the ability to make you think.”

“Older adults are definitely not disengaged when it comes to politics. Look at any political party, civic or community group and it’s the older adults who make up the bulk of the volunteers,” said Duane. “They have the time to devote, but they are also very interested in what’s going on in the world around them. They are inquisitive and want to understand the issues. They ask great questions, which is why I like to have these discussions with them.”

Duane’s discussions are part of United’s partnership with MRU. Lifelong learning is an important goal of United’s programming. Duane speaks with residents of both of United’s communities several times a year.

Take a look at our two new commercials. Wise Words, and Life Experiences.

The restrictions on visiting mean that tours aren’t available right now, but don’t hesitate to talk with one of our active living advisors about life in a United community. They can arrange for a tour once we are able to do so. If you know a friend or family member who could benefit from living in a United community, send them a link to our website or blog, or arrange a future visit. We are happy to help!