Ned Gilbert – The freedom to create 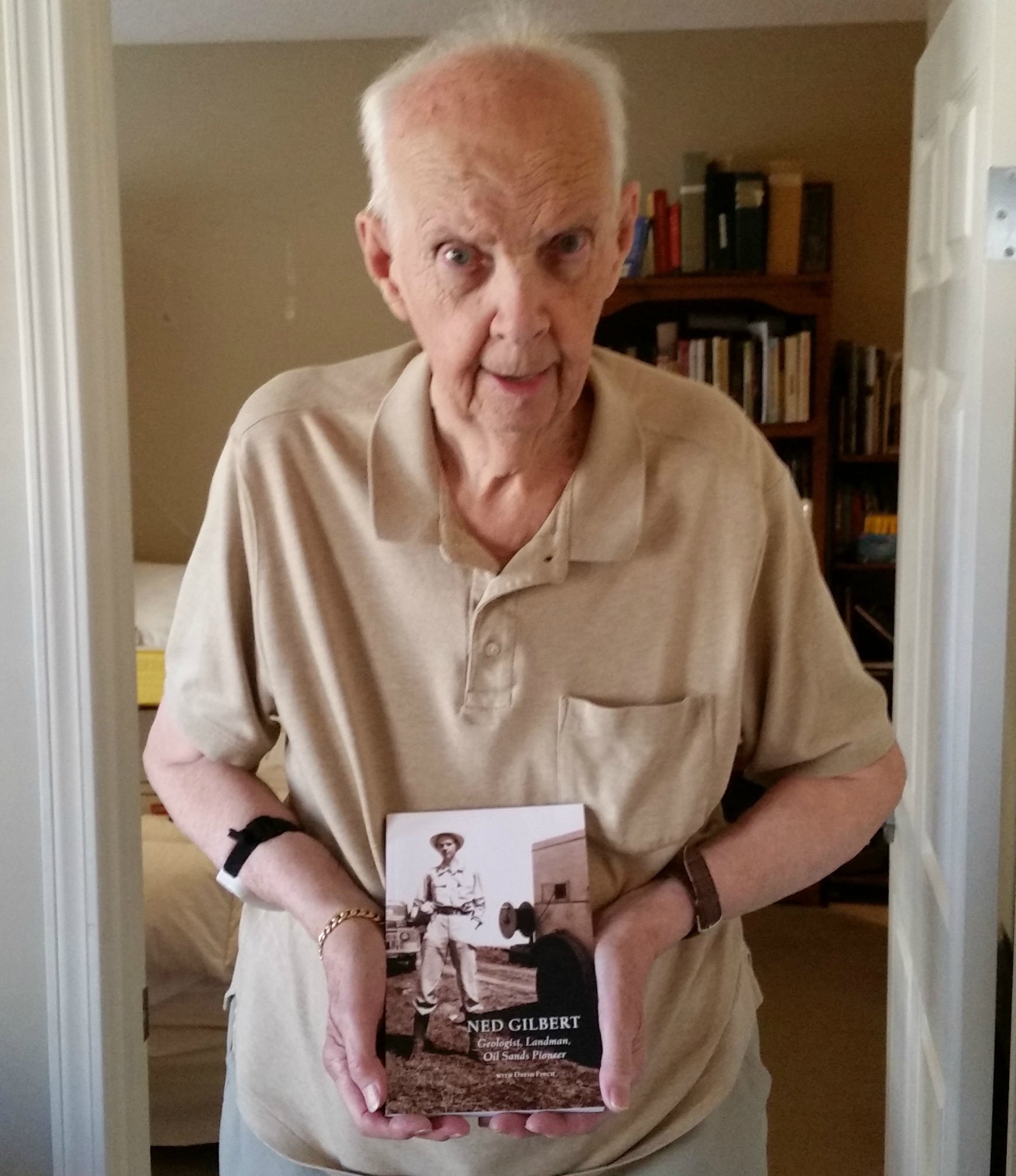 Outspoken Garrison Green resident Ned Gilbert doesn’t see age as a reason to stop learning and staying active. At 94, he uses a walker but his health is excellent and his mind sharp.

Ned doesn’t see any reason to slow down.

“I suggested to a few of my friends here that they should write their life stories. And then I realized that I hadn’t done that myself, so  I wrote a book last year about my life in the oil industry,” said Ned. 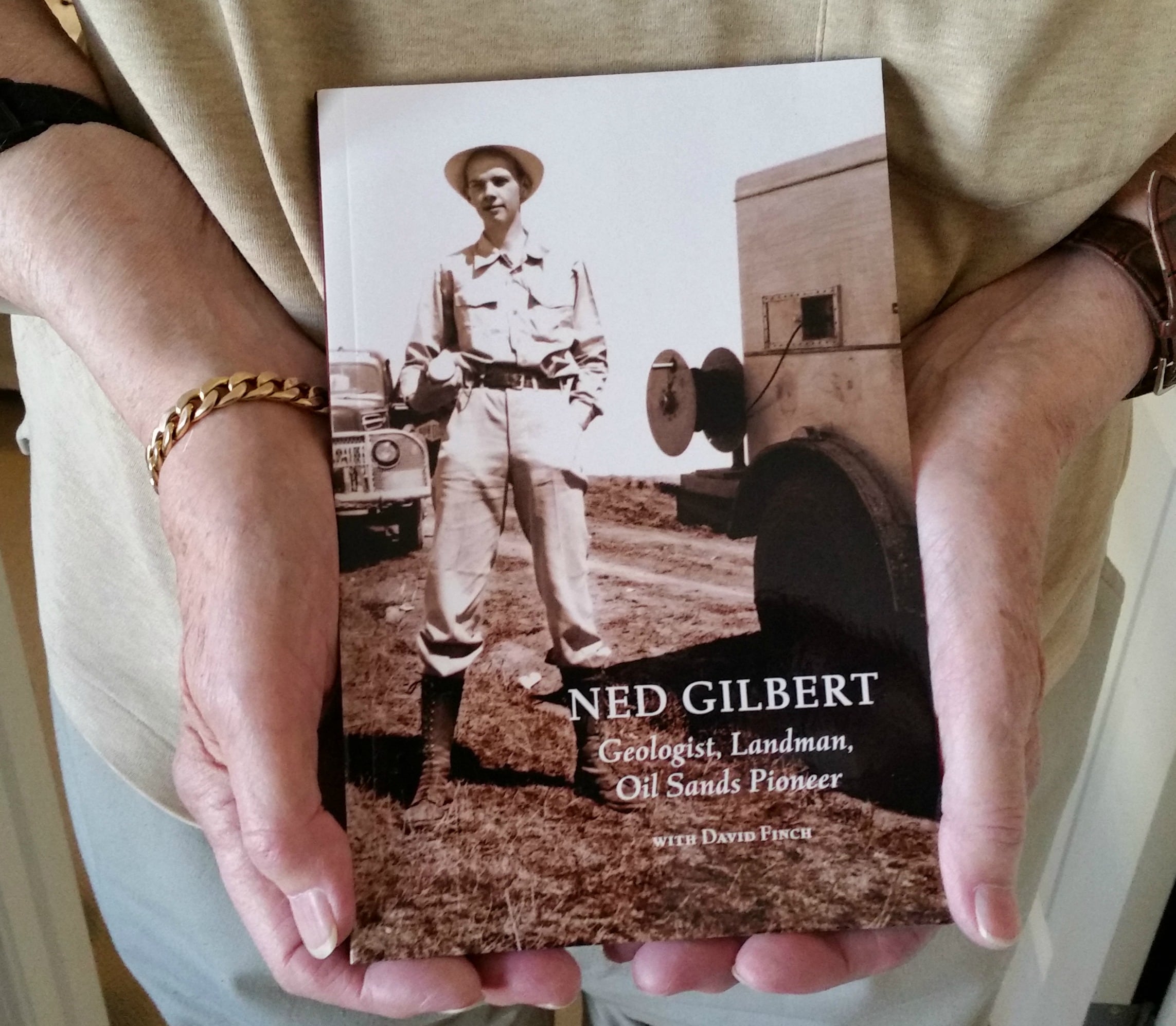 That book, Ned Gilbert, Geologist, Landman, Oilsands Pioneer has become a must read for anyone in the industry who is interested in how one man with a vision overcame establishment resistance to start what would become an economic engine of the country. Ned donates proceeds from book sales to the Petroleum History Society.

Inducted into the Canadian Petroleum Hall of Fame in 2011, he was described as “arguably…the man most important to the success of the Canadian oilsands industry.” The Glenbow Museum has an extensive collection of articles and interviews with Ned.

Ned reads voraciously and frequently comes up with new ideas to improve an industry he spent his life working in. Just recently he filed a patent for a double-walled pipeline that will contain oil spills should a leak occur. You can read more about his career, and his most recent patent, in the recent Oilweek magazine article here.

“You’ve got to keep the mind active. That’s the key. If you don’t you vegetate and don’t last long,” said Ned when asked about advice as we get older.

Ned and his wife Lyn moved to Garrison Green seven years ago after looking at several other communities. “What we really liked about Garrison Green was the freedom,” he said. “We can move from table to table in the dining room, and eat with whomever we want. So many other places sit you with the same people every day. Here, we meet some very interesting people and make new friends. As well, our suite is very large compared to others we had seen. Other places were too small.” 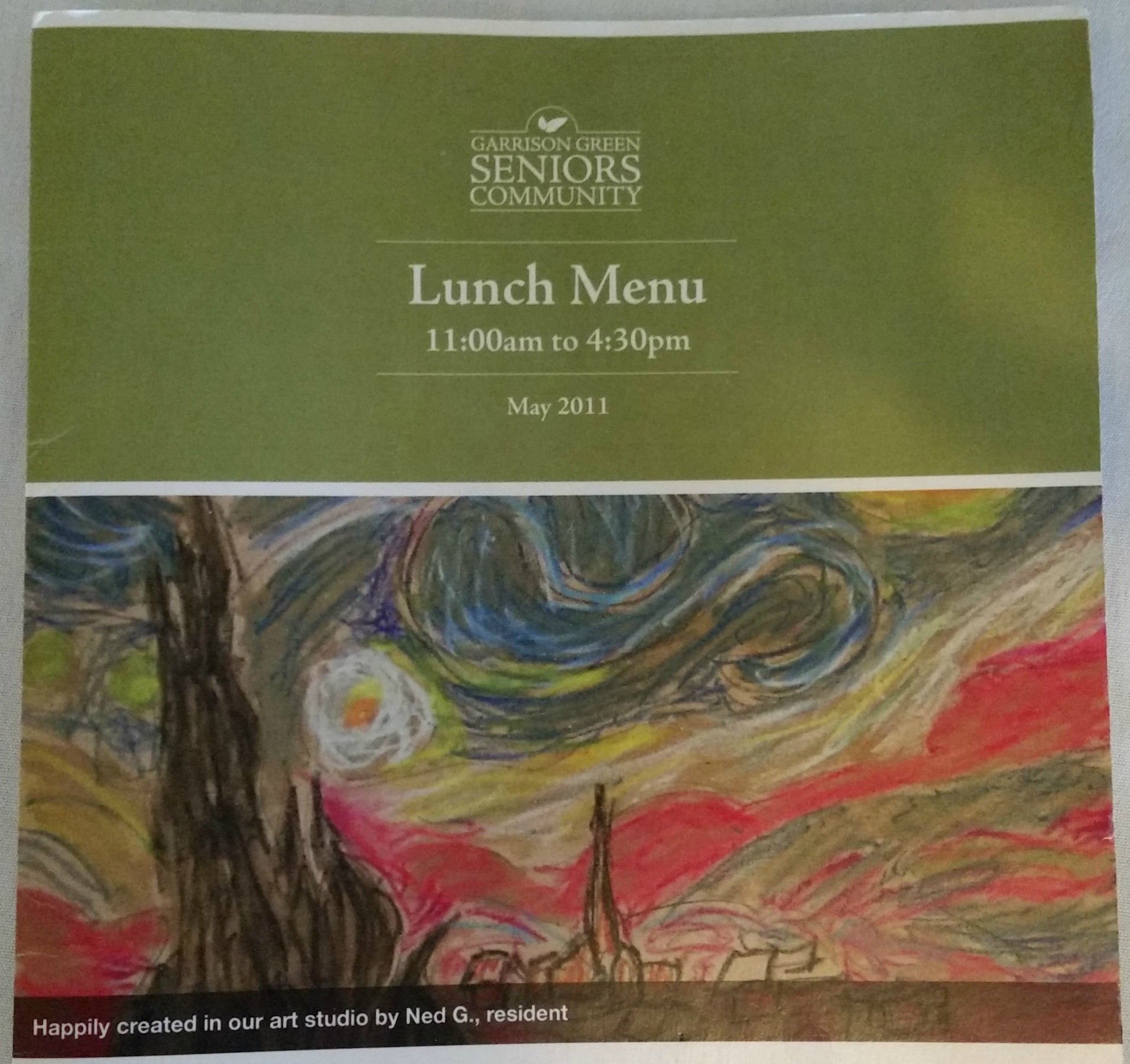 Ned has started painting, and one of his works was featured on the Garrison Green menu. “When I first went into the art studio they asked me if I would like to try my hand at replicating a Van Gogh painting, so that’s what I came up with. I have another of my paintings hanging in the hallway near our suite. 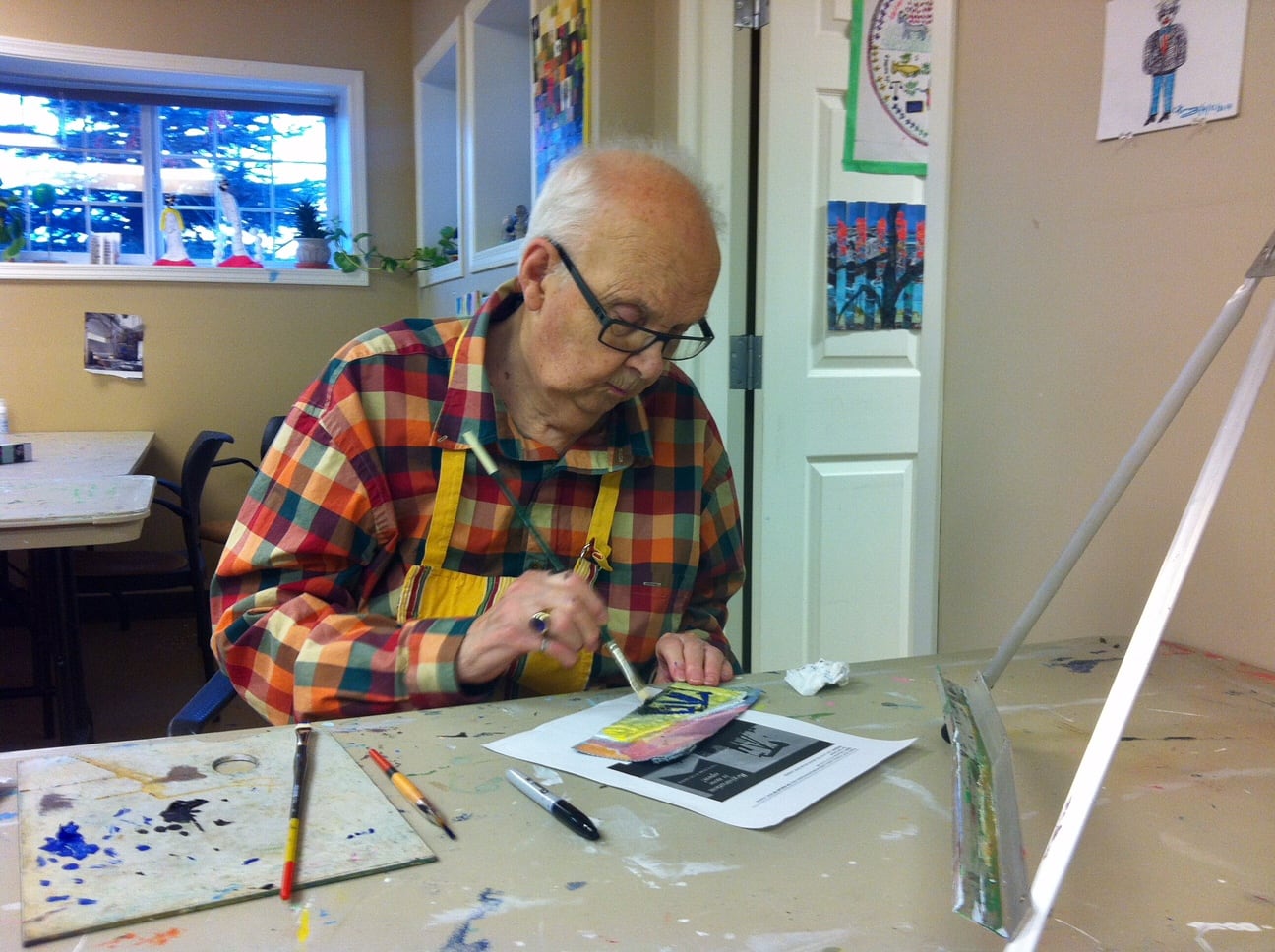 “I really like to paint. There are so many people here who are very talented. One man is over 100 and his paintings are excellent!” said Ned.

“I hear of so many people, when they turn 65, cancel their subscriptions and memberships. For me, I want to stay involved. There’s no reason not to,” said Ned.

What’s next for Ned? “We have a whole lot of photographs so I’ll be organizing those. And I’ll be going back into the art studio.”

And who knows? Maybe he is mulling another patent idea. At 94, why not?