His Honour, Colonel (Retired), the Honourable Donald Ethell and Lieutenant-Colonel Richard Wright, vice-president of the Canadian Association of Veterans of U.N. Peacekeeping, recently spent an afternoon at United’s Garrison Green community. They were invited to give their unique perspective on the history of this area of Calgary that is currently residential, but for many years served as home to Canadian Forces Base Calgary. Thirteen streets in the area are named after Canadian peacekeepers. The one that the Garrison Green community sits on is named after Don Ethell.

When CFB Calgary was closed in 1998, the land was turned over to the City of Calgary for residential development on both the east and west sides of Crowchild Trail. On the west side, an area known as Garrison Green was developed. The streets were originally named for the places where Canadian troops had served on peacekeeping missions, but when the base closed, the streets were renamed for the peacekeepers. Plaques were placed on street corners to identify them and provide a bit of their backgrounds. 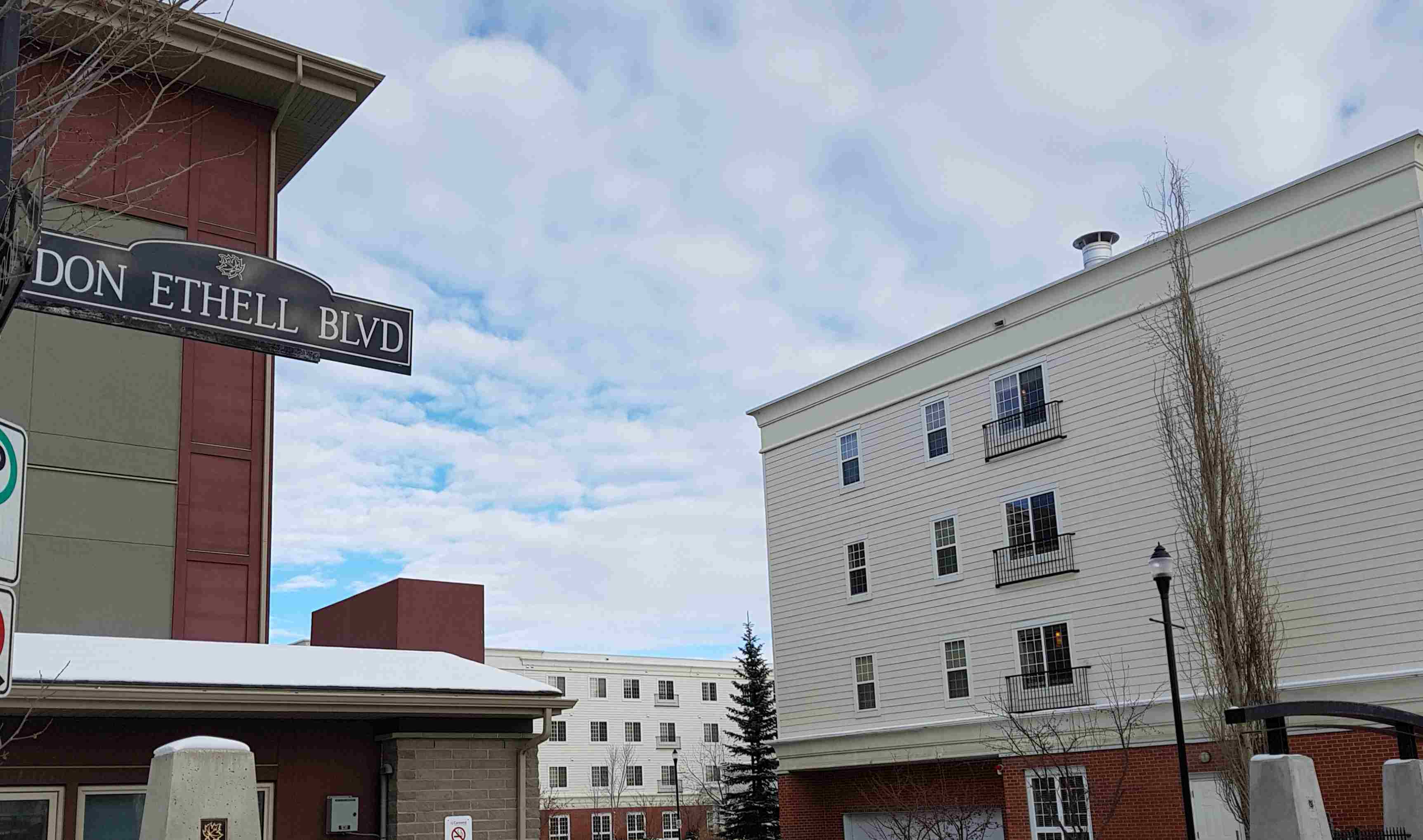 Colonel Don Ethell, who retired in 1993, is Canada’s most decorated peacekeeper, having served 14 missions. He also served as Lt. Gov. of Alberta from 2010 to 2015. He is an Officer of the Order of Canada, a member of the Alberta Order of Excellence and the Order of Military Merit and a Knight of Justice of the Order of St. John of Jerusalem. In 1987, he received the Meritorious Service Cross.

“My wife and I toured United’s community at Garrison Green a number of years ago after it was built. It’s nice to see that it’s a home to so many great people. It was a real honour to have a street named after me. There are so many others who are deserving of the same honour,” he told a standing-room-only crowd in Garrison Green’s theatre.

Don and Rick spoke about the history of Canada’s peacekeeping mission and how it has changed over the years. They also spoke of the dangers to those who serve. More than 300 have been killed while performing peacekeeping duties around the world. They are honoured every year at ceremonies performed at nearby Peacekeepers Park and Buffalo Park.

Don and fellow retired peacekeeper Rick Wright told the crowd that peacekeepers not only keep the peace, but also focus on the well-being of some of the most vulnerable citizens: children. “Children are very important to us,” said Don. “They are the innocent victims in these conflicts, so we do what we can to make life a bit easier for them. Peacekeepers will lend a hand to repair an orphanage. We hand out candy, and in recent years we have started giving them Izzy dolls. The children we encounter on these missions often have nothing, so the little bit we provide brings a lot of smiles.” 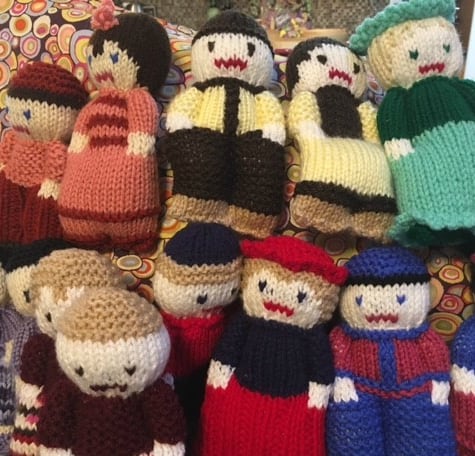 The Izzy Doll was named after Master Corporal Mark Isfeld, who saw a mangled doll in the ruins of a home in Croatia. It inspired the creation of the first crocheted dolls, which his mother made. He was later killed by a landmine while on peacekeeping duty in 1994. In the 20 years since the first Izzy Doll was created some 1.3 million have been distributed, and they are regularly sent overseas as an important part of peacekeeping missions. You can read more about the Izzy Doll’s history here.

“I was very impressed with the information Don and Rick presented,” said resident Jim Dolph. “I know a lot of the history of the area we live in, so it was great to hear them talk about Peacekeepers Park and the important role the peacekeepers have played over the years. It was very informative!”

Don, Rick and other retired peacekeepers remain active in their support of a number of military and humanitarian causes.