“My grandmother had dementia. Watching her go through that sparked my interest in psychology and aging,” said Jenny Hamilton, who is in the psychology honours program at St. Mary’s University.

Jenny is United’s latest student-in-residence, a program that began in 2016 with a student from Mount Royal University living at United’s Garrison Green. It was so successful that it expanded to St. Mary’s University the following year. United’s residents play a key role in the process of choosing the student. Students take up residence in the community, and live and work with the residents for a school year. Jenny moved into Fish Creek last August and will stay until May.

Unlike other older adult communities that segregate residents based on their cognitive or physical abilities, United chooses not to. Residents with dementia live on the same floors as everyone else, they eat in the same spaces and attend the same programs. Importantly, couples stay together even if they have differing needs.

“In our United Minds program, we focus on who the person is and build a relationship with them,” said Amy McDonough, United Minds manager. “We focus on including people with dementia in our community. There is more to someone than their diagnosis. The person with dementia isn’t lost; they are still there. Our job as caregivers is to find out who they are. It’s a relationship-centred approach. We truly get to know them, what’s important to them.” That approach recently earned the support of two major advocates, Dr. Al Power and Daniella Greenwood, who are strong supporters of inclusive community living. 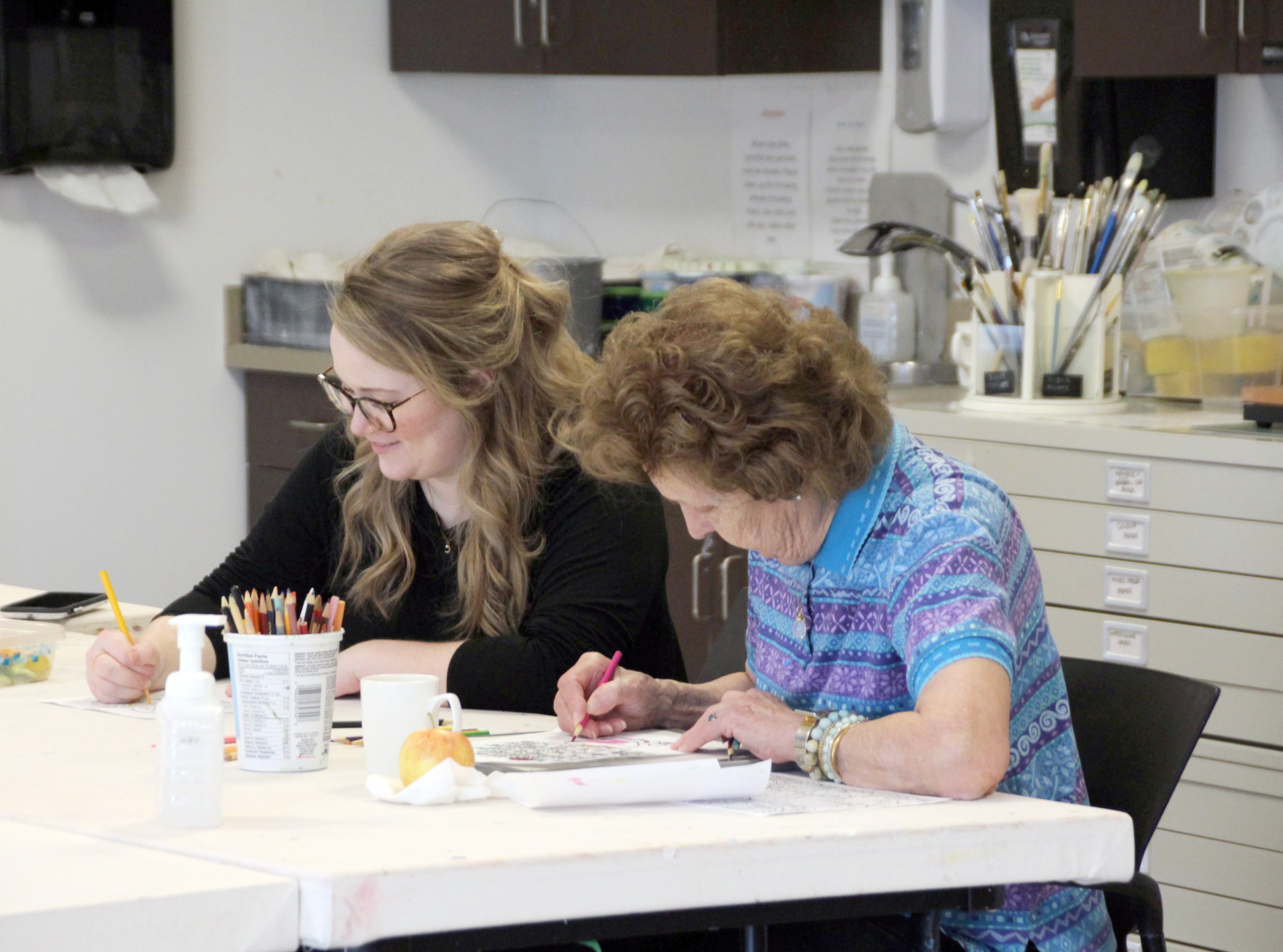 “I want to pursue my Masters and PhD with a focus on aging,” said Jenny. “What I’ve seen at United is that the United Minds program is unique. There is nothing like this in Canada that I know of, so I feel very privileged to live here and see what the possibilities are. The standard is locked units for older adults living with these cognitive impairments, but United’s approach is different. I believe United Minds should be the standard in dementia care.”

Jenny has run several of her own programs within the United Minds program. “It’s really fulfilling for me to engage with the residents in the program. The programs give them a purpose or a new interest and a sense of accomplishment, which is so important in our lives. It provides a sense of control in their lives and relationships instead of being told what to do.”

As part of her studies, Jenny wants to do a research study into the attitudes and experiences of staff who work with older adults. “It’s been studied in psychology that the more information they receive, the better their attitudes towards the work they do. At United, I’ve noticed a continual information flow, which is, I think, reflected in the attitudes of staff, especially in their involvement in the regular wellness committee meetings.”

Has she been surprised by anything during her time at United? “I’m surprised at how one person can have so much history and accomplished so many things during their lives. There are so many interesting people here. Dementia doesn’t negate that, and by approaching each person as a person, it’s so interesting to see the passion and interest they show when they become involved in something new. My grandma, despite her dementia, was very involved with Zumba (a popular dance exercise), and my father, in his 50s, runs marathons. It tells me that our stereotypical views of aging need to change. Older adults are engaged, interested and active. Residents in their 80s are expressing their art talents in the art studio even though they have never picked up a brush.”

“I’m very lucky to be here; quite serendipitous in fact,” said Jenny. “My interest in dementia, my studies in psychology, and I’m living in place that is in the forefront of dementia care. It’s like all the stars aligned!”

Ask us about our short-term respite stays.

Do you know a friend or family member who could benefit from living in a United community? Send them a link to our website or blog, or arrange a visit. We are happy to help!