United’s creative philosophy and its extensive list of programs and outings is driven by the residents.  Surveys are conducted and meetings held regularly to get feedback and suggestions for the programs planned at both Fish Creek and Garrison Green.

“Our programming is not about what we as staff think is best,” said Kim Coulter, Fish Creek’s program coordinator. “We draw on the residents’ interests, skills and experience. The most successful programs are those that are inspired by residents.” 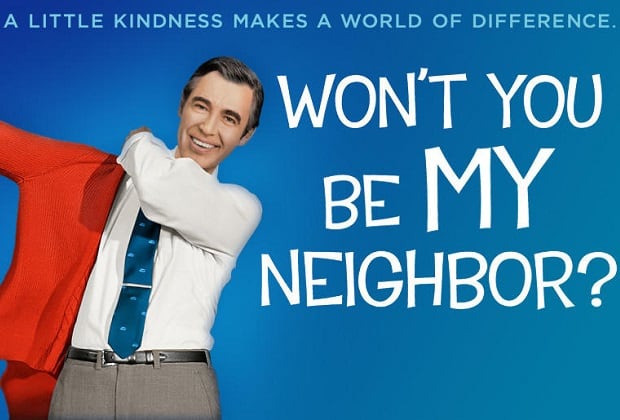 Kim points to a film they showed recently in Fish Creek’s theatre. “Resident Inger Copland suggested we show a film about the life of Mr. Rogers, Won’t You Be My Neighbor. It was released in June in the U.S. but wasn’t available in Canada yet, so she asked if I could bring it in for residents. Her daughter is a film distributor so together we brought the documentary in, and Inger introduced the film. It took some organizing to arrange the special screening, but it was worth it as the residents really appreciated seeing the film.”

“I was really pleased that Kim was able to bring this film here,” said Inger. “We had about 40 people in the theatre, and it was really well received.”

You can see the trailer for the film here.

In October,  a comic who does a tribute to Red Skelton will perform. “That was another program that came directly from resident feedback,” said Kim. “By listening to their likes and dislikes, we are continually refining the programs we offer. Resident participation is an important component in everything we do.”

The annual Fall Fair is a prime example of directly involving residents. “We let residents know several months a head of time that the fair is coming in October,” said Monica Schmidt, Garrison Green’s program development coordinator. “In an effort to create a Fall Fair atmosphere – think baking championships, quilting shows, a sense of community, and the like – we have connected with some of our food and beverage vendors, our residents and our staff to put this event together. The art studio has curated a show of past works that residents now living at both of our communities created before moving in. This provides not only a visual and artistic aspect to the fair itself but also gives us greater insight into our residents lives and helps us to know them even better. Our Garrison Green Fibre Arts club will have a booth to display some of their current work and to advertise their upcoming charity sale. In short, we are excited with the way this Fall Fair is coming together as an opportunity to build and strengthen relationships among the residents, staff and the community.”

Plus, United’s arts and culture partners offer residents the best music, theatre and educational programs both outside the two communities and during more intimate performances within the communities. See our blog on fall programs for more program details.

“I’m really impressed with the partnerships,” said Garrison Green resident Alexis Beddoe after a recent concert by the Calgary Jazz Orchestra. “They keep surprising me with the professional level of the programs we have here.”

“The variety of programs is one of the reasons my wife and I chose to move to Fish Creek three months ago,” said Fish Creek resident Fred Heintzman. “I’m an active person, so staying active appeals to me.”

“We recognize that at times our programs can be weighted towards music and art, so we’ve asked the residents what else they would like to experience. They let us know they would like to have more lectures and discussions on history and political science. These talks have been well received as well,” said Kim.

Kim notes that an interesting result of consulting with residents is the shift in interests as new people move in. “Everyone is different and has different interests, likes and experiences, so when new residents move in they bring those interests with them, which we then incorporate into our programming. We don’t do the same programs over and over again.”

Monica also sees interests change among those who have lived in the communities for some time. “As we continue to offer new outings, events and groups we find that people who may not have been participating in anything, suddenly start coming out and getting more involved in the community. As they find people to connect with through that ‘gateway’ program or outing, they’ll often start branching out into other areas as well and bond with even more people. Sometimes these new endeavours might be something more intellectual like our newly minted Civil Conversations discussion group while others may be more playful and informal like spending an afternoon at a Cat Café. Regardless, residents often inspire each other to try new things and everyone – staff, residents, community partners, and family members –  is proud and excited when a program they have suggested and helped to build takes shape.”

“This kind of interaction is quite unique in an older adult community,” said Kim. “When you combine the interests of residents with the partnerships we have with the various organizations in Calgary, we really do offer one-of-a-kind programming that is as varied as the people who live here. It’s what makes living here exciting and fun. There’s always something new and the programs are changing and evolving all the time based on the residents’ feedback.”