When people get together to discuss issues and create art, the result can often be inspiring. That was the basis for Project Inspire, a collaborative project involving older adults from United Active Living, the United Way, LINKAges and the Calgary Chinese Elderly Citizens’ Association. 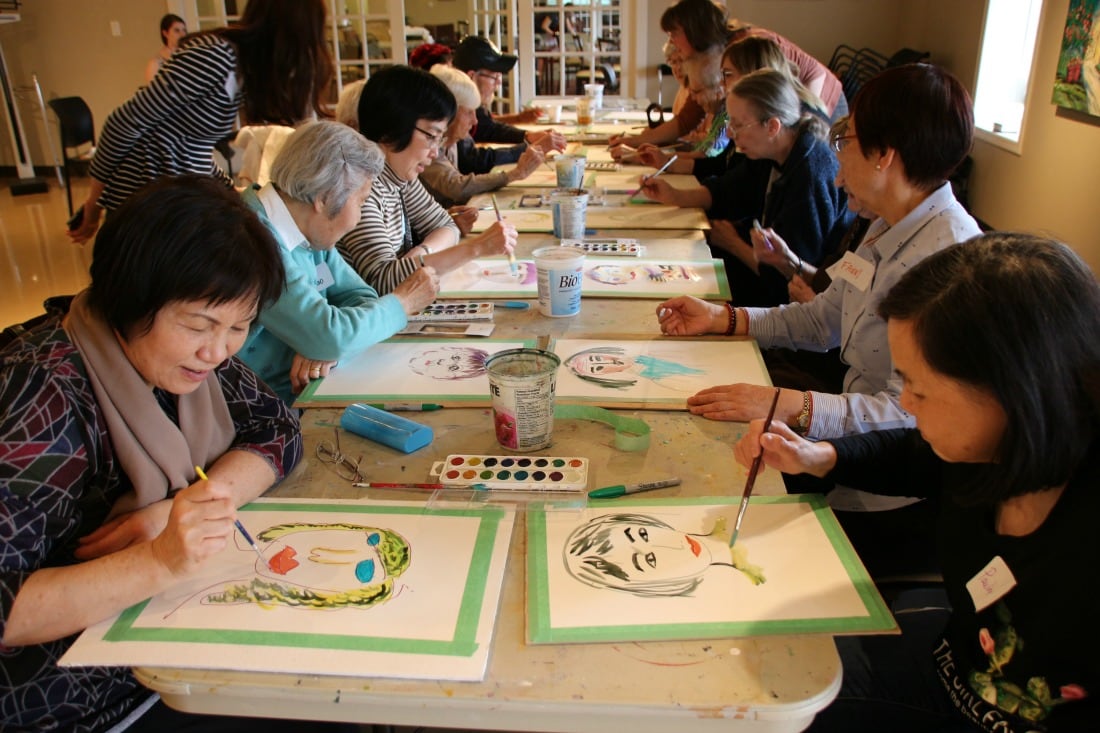 For the past year, the project combined discussions on matters that affect older adults – ageism, health and isolation – with the creation of artworks that reflected their thoughts.

For the participants, it opened discussion on a variety of sensitive subjects while bringing them together as new friends. “It’s a very worthwhile project,” said United Active Living resident Betty Earle. “It brings the different cultures together in a way that encourages friendship.”

The idea for the project was sparked by a donation by the Kanovsky Family Foundation to United Way of Calgary and Area. A six-week pilot project was developed that focused on ageism and how it affects older adults. The project was so successful, three more six-week projects were developed that expanded into discussions around health, spirituality and wellness, which were reflected in the art the participants produced.

“This project created opportunities for social inclusion,” said Alicia Lewis, LINKAges. “For our seniors in the East Village, social isolation is a concern, so seeing them so involved and interested in meeting others, and making friends with those in a different culture has been very important. It would be great to see this type of project expand to include other communities and other cultural aspects such as music and theatre.”

Social isolation can affect anyone, and Project Inspire provided an opportunity to connect with others. In fact, connections and friendship were two of biggest benefits for those taking part.

“What really impressed me about the project was that there was always something new to learn, both from our perspective as facilitators, and by the participants who learned from each other and by trying their hands a creating art, even though painting and drawing may have been new to them,” said Chantel Traub, creative facilitator, United Active Living.

For the participants, strangers became friends who opened up to each other with respect.”The most incredible thing came from being asked a question at the start of each session, and the people just relaxed with each other, the barriers came down,” said Frank MacLeod, who lives in the East Village. “There was no criticism of anyone’s point of view. Everyone was so respectful.” Chantel agreed. “There was no criticism or judgement despite the differences in culture, and the different educational backgrounds and life experiences. Just a simple respect for the different points of view.”

United’s creative facilitators who are also professional artists introduced a variety of creative elements to the participants. They encouraged them to express their thoughts through paint and paper. Creative expression is a cornerstone of the activities within United communities. Providing opportunities for participants to engage in a variety of stimulating creative workshops led by United’s practicing artists formed the framework of the project.

Wendell Yu and others from the Calgary Chinese Elderly Citizen’s Association were keen participants, who hosted one of the sessions and were quick to accept their new friends. “The project made me so happy!” he said. 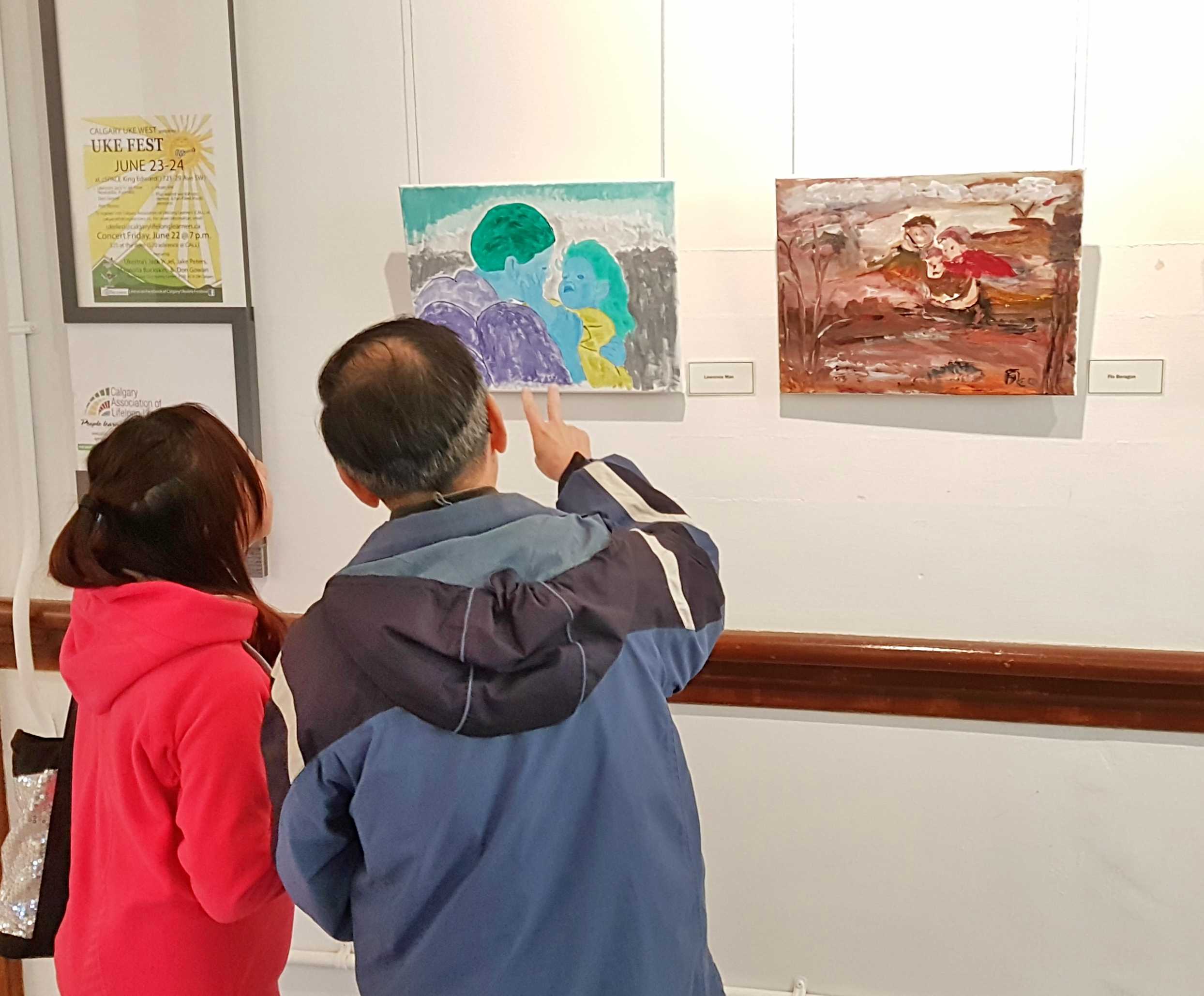 Chinese interpreter Louise Lee, who participated in the project said that increased socialization was an important result from the sessions. “They encouraged each other, and gained confidence to express themselves through art, which some of them hadn’t done since school.”

“This project was all about making connections with others, and sharing their experiences with each other,” said Maddison Klein, creative facilitator, United Active Living. “It truly was inspiring to see the energy that everyone brought to the table and the relationships that developed.”

Artwork from the latest Project Inspire session was displayed at C-Space in Marda Loop. The results have been so inspiring that there are now discussions about how to expand the program, either to other communities or to other generations.

“The intergenerational aspect would be a really good thing,” said Frank. “The different ages think very differently. People think about things differently based on their life experiences, so having a program like that would be very interesting.”

“Even though we spoke different languages, we found that it wasn’t a barrier to being friends. Today, I was given hugs from the people I met in the program from the Chinese community. That was great. That’s what friendship is all about,” said Betty.