“When one door closes, another opens” – Alexander Graham Bell 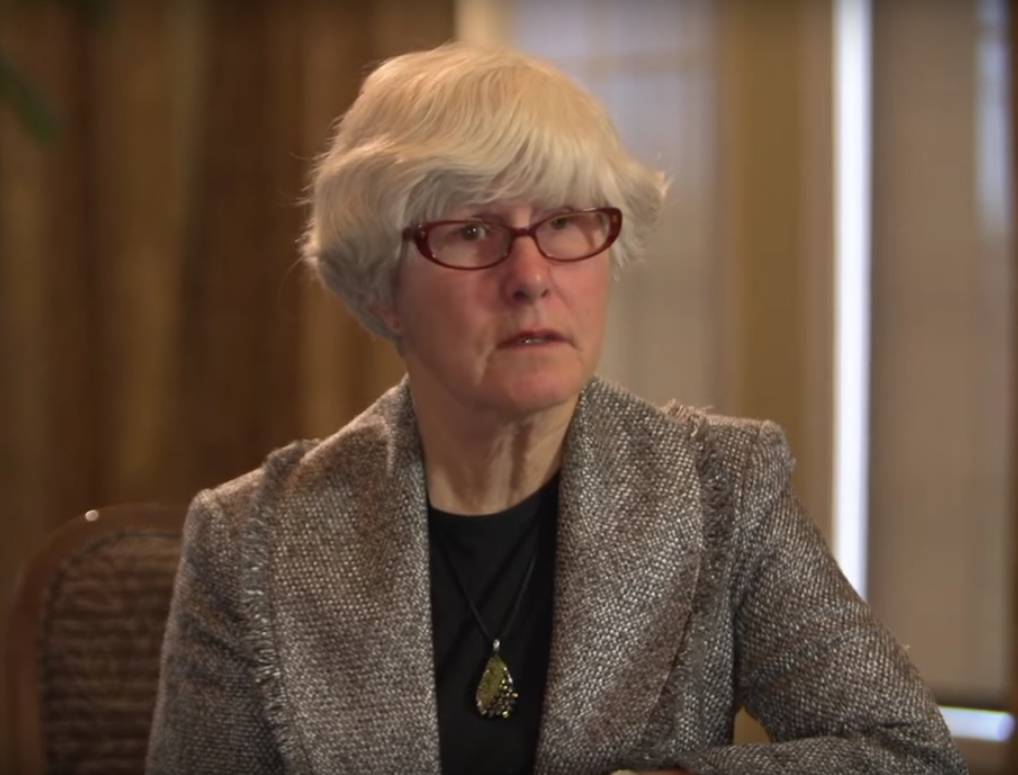 Dianne McDermid lives an active life. At 74, she hikes, bikes, dances and travels. She was instrumental in supporting Gail Hinchliffe’s philosophy behind United Active Living and the person-centred philosophy that is the focus of everything United does.

Gail met Dianne while Dianne was teaching a gerontology certificate program at Mount Royal College (now Mount Royal University). “While Dianne’s training as a nurse focused on a medical model of aging, I found in Dianne a kindred soul in wanting to develop a different approach,” said Gail. “While the industry was very prescriptive in its approach – all older adults should be treated the same way, meal times were set, medication given a certain way – Dianne was the only person at the time who understood what I was trying to do and that older adults should be treated as individuals. She was so extremely supportive.”

At the end of April, Dianne will leave United to focus on other interests. She doesn’t use the word “retirement” because she plans to stay just as active.

“I don’t ever see myself as a stereotypical senior, even though society slots me into that category. I’m very active and I’m constantly exploring new things. The outdated but typical view in society is that when we turn 65 we retire, and when we get older we move into a seniors’ home. For today’s older adult, that ageist view is completely wrong and we need to change our view of older adults and stop putting limitations on them. When I became involved with United I was already at your typical retirement age. Everything we’ve done was done when society says we should have stopped working!”

Gail says that Dianne’s expertise as a registered nurse and educator brought a great deal of credibility to the new endeavour. “Nursing staff we hired came from a medical background and Dianne played a vital role in ensuring that they understood the new philosophy while also exceeding the necessary licensing and regulatory standards important in our industry.”

Gail noted that the final paper she wrote in Dianne’s gerontology program was on building community, and the importance of establishing community partnerships, which laid the groundwork for the Garrison Green community. Gail credits Dianne’s approach to aging and the ongoing support she provided for the successful community United has become.

“I taught Gerontology from a positive perspective,” said Dianne. “Getting older isn’t about decline, but opportunity. Because of my training my early perspective came from the medical model – the physical side of aging. But the physical side isn’t the whole person. Attitude is so important. Our attitude governs how we see ourselves as we get older. We really can thrive as we age. What I taught was subjective. What we are doing at United is putting theory into practice. The residents living here see the philosophy turned into reality, and we continue to focus on what people can do rather than on what they can’t.”

A few years ago we recorded a video that further explains United’s philosophy and includes an interview with Dianne. You can watch it here.

“I’m thrilled with how well United’s philosophy has been accepted. Residents see it every day in our extensive arts and music programming and in our unique United Minds memory care program. We believe that people with dementia should be part of the community, not shut away in a closed wing as happens so often in other places. Everything we do is centred around the person. Meals are available any time during the day rather than restricted to certain times for the sake of efficiency. Residents don’t have to conform to our rules, we conform to their lives,” said Dianne, whose role at United was director of quality enhancement, and who was instrumental in achieving United’s latest Accreditation with Commendation  rating from Accreditation Canada.

“That’s the way I’m going to live the next stage of my life. I’ve created an environment that I want to live in. I’m going to live my life according to my values and get only as much support as I need. I’m not going to change my routine just so I can fit in somewhere. Should I choose to move into an older adult community, it should fit my lifestyle, not the other way around, and it should accommodate the different stages I go through as I age. That’s what we’ve created at United.”

Dianne has always said she would work until 75 and then change her focus. Her future plans aren’t set in stone, but she will pursue what interests her. Just as she does today.

“I look back and compare how older adults were viewed 50 years ago and how we see them today and there has been a positive change, but it’s not enough. We still hold biases against older people, and even older people hold those biases about themselves. They restrict themselves by ‘acting their age’ or by dressing more conservatively. So not only does society’s views need to change but our own views about who we are and how we want to live our lives.

“If I have any advice to give, it would be to maintain a positive attitude. Don’t buy into the notion of limitations. Don’t limit yourself to meet someone else’s expectations, and don’t allow your chronological age to dictate how you live your life. I’m almost 75 but I feel like I’m in my 20s. That’s how I see myself and how I will continue to live my life.”