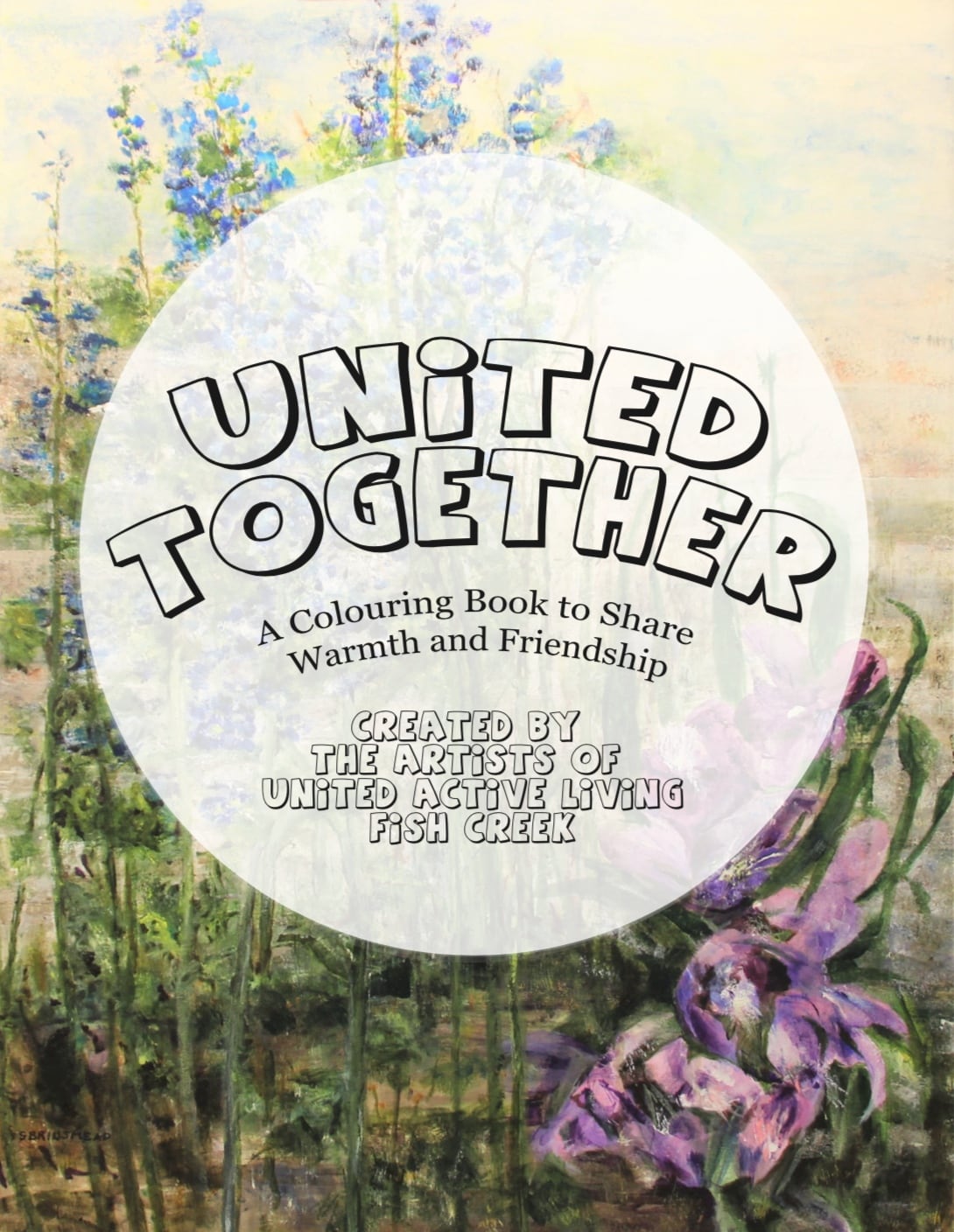 Residents of United’s Fish Creek community are doing something special for the residents of Calgary’s Horizon Housing, which provides affordable homes to more than 1,100 low-income families and people with special needs.

“The idea came from one of United’s residents who suggested that since United does so much for its residents, it would be nice to do something special for others,” said Chantel Traub, a creative facilitator at Fish Creek. “The residents who participated are really very talented, so it was a great idea to use their talents to spread a little happiness to another community.”

At first, the idea was to share art pieces, but so many would be needed, the idea changed to developing a colouring book, which would benefit a larger number of people. The book contains a dozen black and white drawings by United residents, along with the coloured versions for reference.

Most of the colouring books have gone to residents of Horizon Housing, but the United residents who contributed were given copies, and the book can be printed off internally for residents who want one.  Others went to Commons Church for distribution. The colouring book is also available to download as a PDF here.

“The idea was awesome,” said Che Greywall, Horizon Housing’s donor relations associate. “Given COVID, we had to figure out a way to distribute them, so we included them and a package of crayons in a gift package that we deliver, which includes a wide variety of popular food items. We delivered them to about 800 households last week. The kids loved them, they were really well received.”

Nick and Diane Jongeling contributed three pieces to the colouring book. “We were happy to contribute to the book. It’s nice to be able to do something nice for others, especially at this time of year and with COVID-19 causing so much difficulty. I think it’s amazing how it turned out,” said Diane.

Olive Hein also contributed to the book with pictures and quotations. “I have a couple of pictures in the colouring book, and I gave the art studio a book of inspirational quotations, and the studio found a few others, so the whole book has a nice message. I think it’s a really nice thing to do for people.”

“I think it was cool that the United residents wanted to give back to the community,” said Che. “It’s one community reaching out to another. It really resonated with our residents, especially during this time of year.”

Take a look at our new commercials: Opportunity and Community

Talk with one of our active living advisors about life in a United community. They can arrange in-person or virtual tours of our Garrison Green and Fish Creek communities. If you know a friend or family member who could benefit from living in a United community, send them a link to our website or blog, or arrange a future visit. We are happy to help!