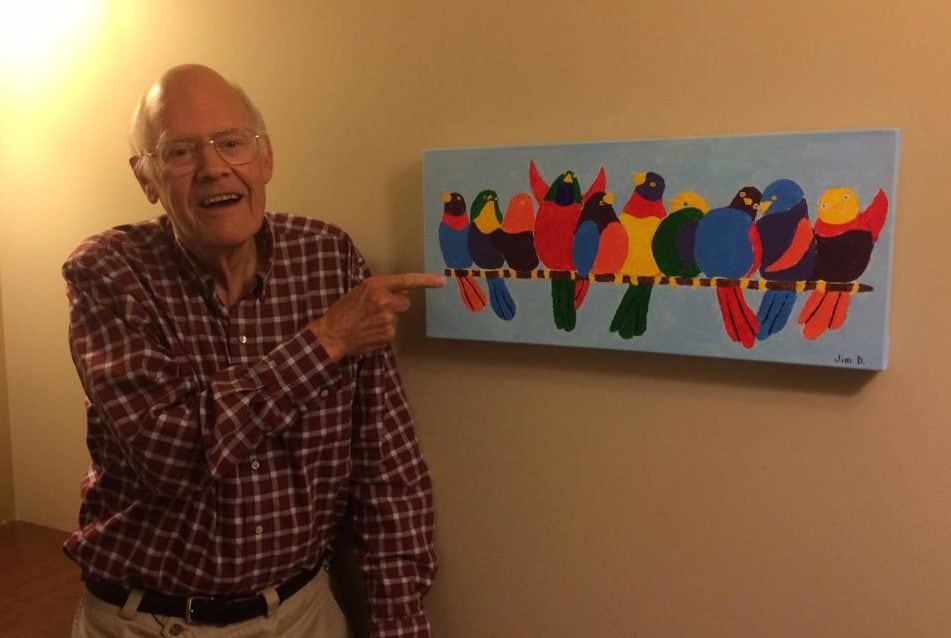 Jim Dolph is an older adult who embraces life. If he isn’t attending a concert, he’s in the art studio painting, or taking in an exercise class. “I often don’t have time or energy for all of the things I would like to do!” he said.

Jim will figure prominently this Sunday afternoon when Mount Royal University Conservatory will open the holiday musical season with its annual Winter Fantasia concert. It will showcase the work of the MRU Conservatory choral ensembles with the Conservatory Strings and a performance of A Christmas Wish by author Lori Evert and illustrator Per Breiehagen, courtesy of the MRU Speech Arts performers.

United Active Living counts Mount Royal as one of its key partnerships, and each year sponsors Winter Fantasia and Sounds of the Season (Dec. 16). Jim, who lives at United’s Garrison Green community, next door to Mount Royal University, will speak on behalf of United at the performance’s opening. 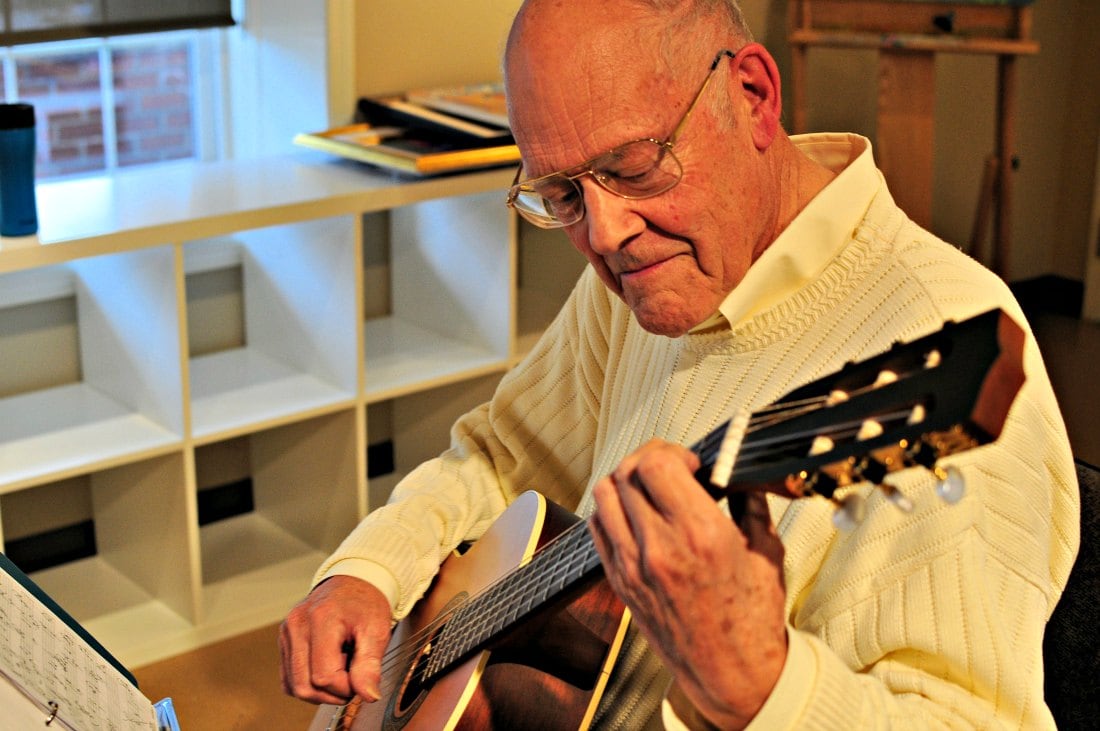 Jim is an avid guitar player, singer and painter who never runs out of interesting things to do.

“The partnership between United and Mount Royal gives us opportunities galore!” said Jim. “We are able to attend professional concerts, and often, those same musicians and gifted students come to our community to perform. That’s a real benefit for the residents who are less mobile.”

Jim has lived at Garrison Green for four years. He first heard about United while leafing through the Kerby Directory. He discovered several friends had moved to Garrison Green, and after speaking with them, he and his wife Laura decided to make the move from their home in nearby Lakeview.

In his opening remarks, Jim will thank Mount Royal for its partnership, and all of the programs and activities that go with it.

“I want to thank you for your support in participating with United,” he writes. “You bring entertainment and information into our homes, ranging from music to political discussions.”

The partnership with United brings musicians from the Conservatory and professors such as political science professor Duane Bratt and pianist and professor emeritus at the University of Calgary, Charles Foreman, to both United communities, and provides opportunities for residents to attend concerts. A second resident will also speak at Mount Royal’s Sounds of the Season concert Dec. 16. 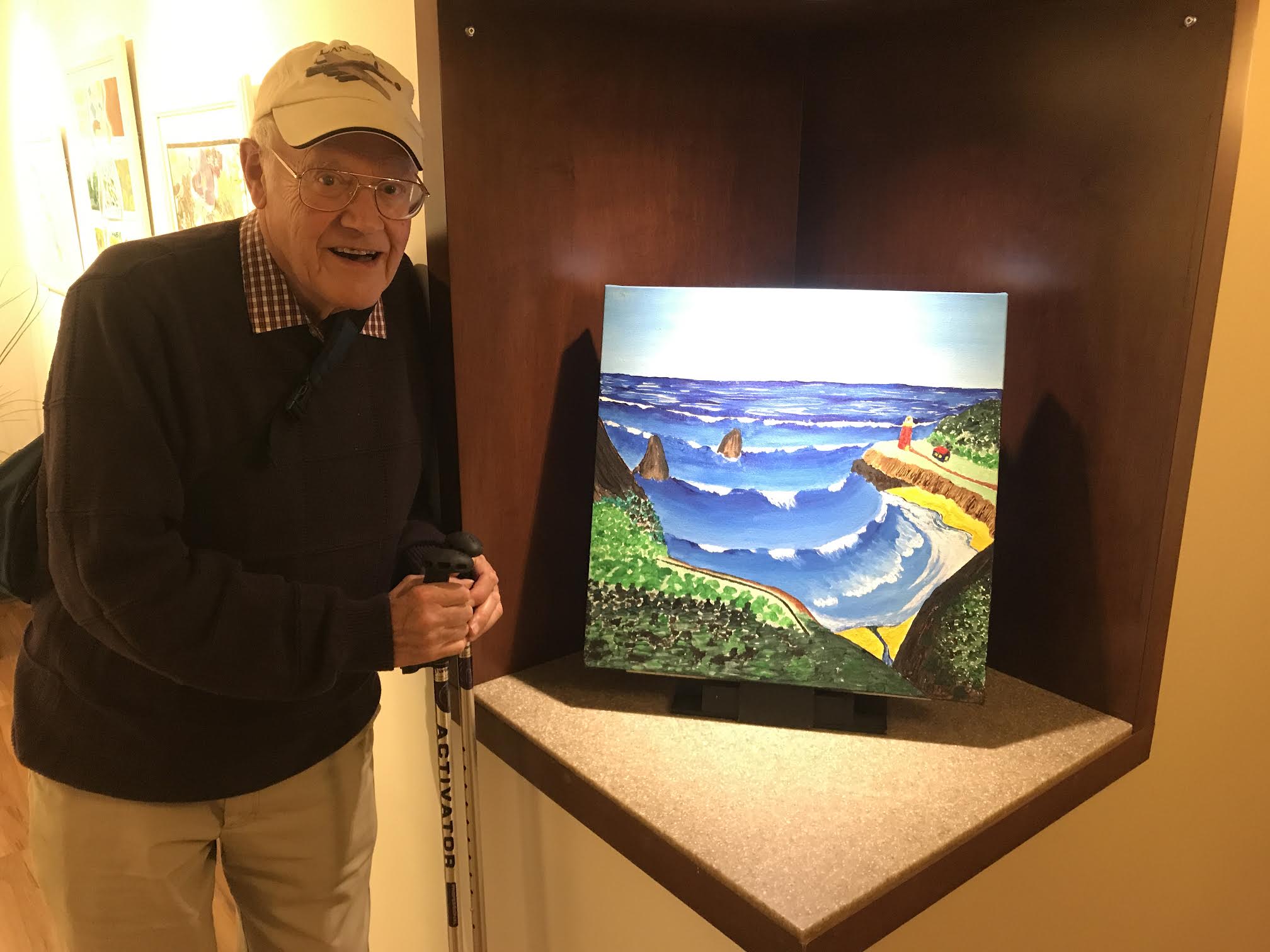 “Personally, I enjoy singing in the choir led by Mary Lynn Schmidt. We learn and laugh and are becoming expert choristers. A little bit of arthritis has kept me away from the guitar, but recently I’m getting back into playing, and I really enjoy painting!” he said. “We also have writing workshops, which I’m also enjoying doing.”

So far, Jim has produced 25 water colours, many of which dot the hallways at Garrison Green.

“I have lots to do,” said Jim. “Laura died in 2015 and I think she would be pleased to see me enjoying interesting activities,” he said. “Because many of us here have lost a spouse, we can offer comfort and support to those who are going through the same thing.”

To read more about Garrison Green residents and their connection to Mount Royal’s winter concert season, read about resident Mary Fenwick who spoke and performed at last year’s Sounds of the Season. Read the story here.