When it comes to milestones in one’s life, not many can claim a marriage that has lasted 65 years – and counting. Friends and family gathered at United’s Garrison Green recently to help Ron and Irene Fraser and two of their four children celebrate the special occasion.

They met while working at Rooney’s Garage at 14th Ave. and 1 Street SW. Ron pumped gas while Irene worked in the office. Ron borrowed a friend’s car to take Irene on their first date. “It was love at first sight,” said Ron. After that they were never apart. They married in 1953. They now have four children and six grandchildren.

Ron remembers their wedding day. “I drove her home to change for the reception. The car radio was playing a Hank Williams song, Take These Chains From My Heart. Irene hummed the song all the way back to the reception.”

“Calgary has been very good to us,” said Ron. “We married here, raised our family here and bought our first and only house here in 1962 in Bankview for $11,500.” The house still stands near the corner of 17th Ave. and 14th Street. They lived there until 2017 when they sold it to move to Garrison Green.

“This is a really important milestone, a really special day for them,” said daughter Karen Mills, who along with her sister Corinne Yon were with Ron and Irene for the celebration. “A 65th anniversary is almost unheard of these days. They are very devoted to each other.” 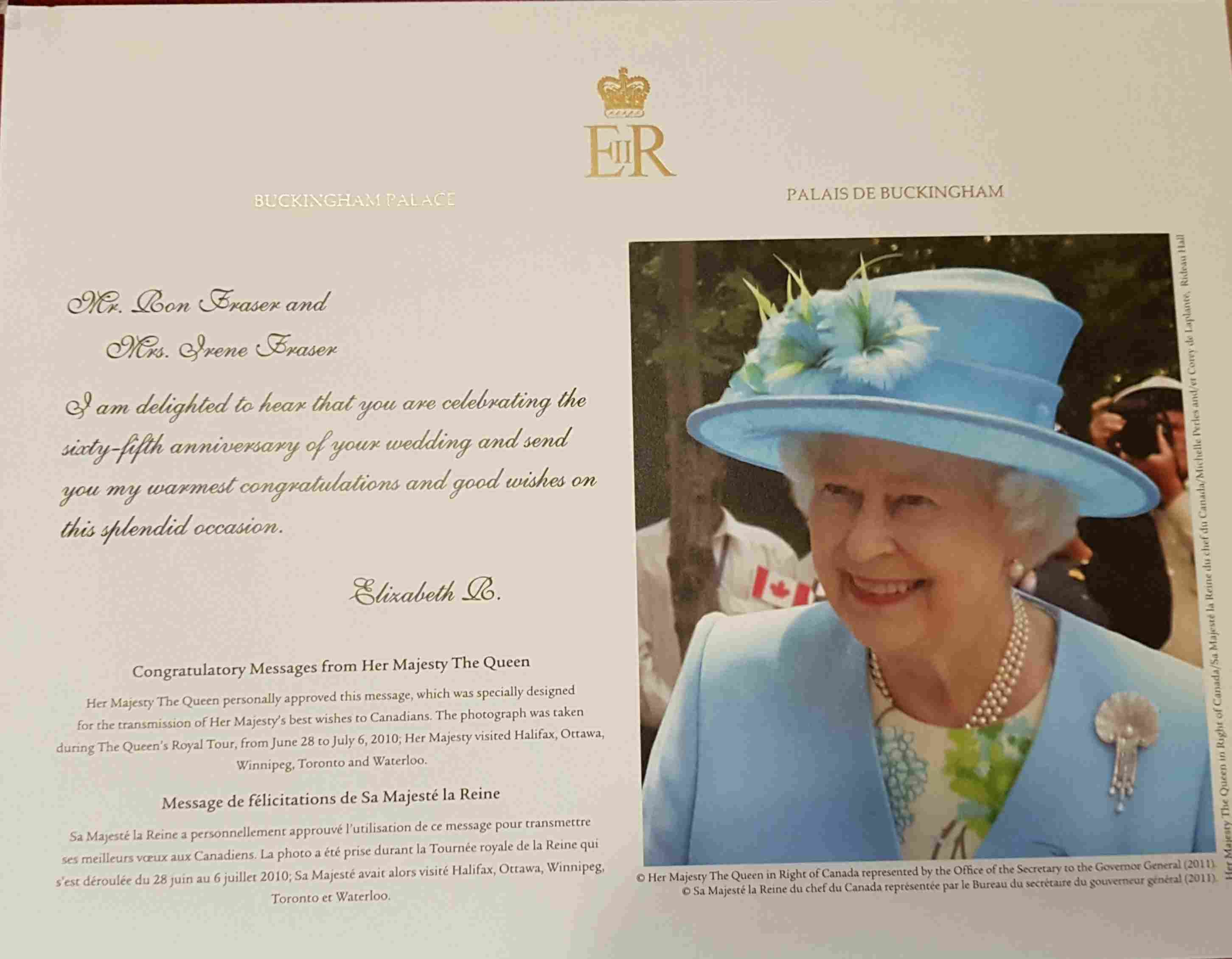 They received a long list of congratulations from politicians such as the prime minister and premier…and from the Queen. “It’s a really nice gesture,” said Ron. “We feel very fortunate,” said Irene. This is the second congratulatory letter they have received from the Queen. The first was for their 50th anniversary. They renewed their vows on their 25th anniversary, and the years have quickly moved by. “One year goes after another and pretty soon it’s 50 years, then 65,” jokes Ron.